Why does the Blackstone comment indicate 7700 miles on the oil and you indicate almost 12K? Or does Blacksone say your 12K OCI is similar to others with 7.7K of use?

Universal averages for this engine are based on 7700 miles.

These are great engines and the UOA in this thread is very good. However, I'll note that the results are NOT a matter of the lube being synthetic. The Fe wear is right around 1ppm/1k miles; very typical of these engines. I got the same results running my 2010 Fusion 2.5L (same engine series) on dino QSGB, and got exactly the same type of wear. You don't need a syn in this engine at all. It will produce low wear as long as the systems are intact (air filtration good, no fuel or coolant induced into the engine). My point is that this is a good UOA, but not because of the lube; it's just a well designed and made engine that has a lube system that supports low wear trends.
Last edited: Aug 16, 2018

I might have rented a car from an obcessive BITOG'er, had I known one in the Bay Area might be available. Just got back yesterday.

One can purchase synthetics for the same price as dino/conventional. Sales are constant. So why not use the advanced synthetic, instead of dino?

Originally Posted By: Triple_Se7en
One can purchase synthetics for the same price as dino/conventional. Sales are constant. So why not use the advanced synthetic, instead of dino?
There are times I question why conventional oils are still around as well as how much longer they will be around considering pricing and constant rebates which happen on synthetics.

Thread starter
Originally Posted By: Brons2
I might have rented a car from an obcessive BITOG'er, had I known one in the Bay Area might be available. Just got back yesterday.
HMU if you ever need to borrow a car around here again, I'll give any good BITOGer a discount!
Last edited: Aug 16, 2018

TBN 2.0 too low, should decrease interval

Originally Posted By: Triple_Se7en
One can purchase synthetics for the same price as dino/conventional. Sales are constant. So why not use the advanced synthetic, instead of dino?
While I agree that there are times when a BOGO or rebate may affect pricing, your statement is an exaggeration. The general pricing structure of lubes will always have conventional lubes at a lower price point. Apples to apples ... I shop lubes just like everyone else does; I cannot find Synpower for $2/qrt, but I can find dino for that (or less) every day of the week. Sure, there are sales on syns. But there are also sales on dinos. Explain to me if you can, why a lube maker/blender would bother to market a quart of syn for $2.50, if he could sell me a quart of dino for that same $2.50? Presumably, the dino would have less cost in manufacture and processing. So why would a lube maker want to see me a syn that costs MORE for them to make, for the same price as the dino which costs less for them to make? Their profit margin erodes in your example. It's a lovely concept that does not play out in reality with any consistency. I realize I'm not going to convince you otherwise; you'll attempt to show me some anecdotal examples. But I remain unconvinced.
Last edited: Aug 17, 2018

Originally Posted By: Gubkin
TBN 2.0 too low, should decrease interval
Excellent example of uninformed bias. TBN was "low" (by your standards). So what? Where's the damage? Where's the risk at this point? Why shorten the OCI? Would a shorter OCI result in TBN somehow magically making wear "better"? Wear here is already impressively low, and that's not even due to the lube. These engines generally wear very little, regardless of what's in the crankcase. Further, they tend to run fairly clean; check out soot and insoluble examples in these engines. You do not understand why TBN/TAN are tracked. TBN is NOT IN ANY MANNER a reason to OCI. It is a precursor that tell of a potential shift in wear rates. That's all. Low TBN, and the inversion of TBN to TAN, have shown absolutely no correlation to shifts in wear trends in short-to-moderate OCI duration. And without correlation, there can be no causation whatsoever. This UOA is one of MANY examples of such. TBN/TAN are tracked because, at some point, the base/acid relationship may result in an escalation of wear metals from pitting of the metals. This effect is much more prevalent in equipment that sits idle for long periods, and typically when the fuel or lube have acid-promoting elements (Sulfur being an example). However, equipment that is run frequenly, has little moisture intrusion, and runs clean has little concern for a base/acid issue. In this UOA as one of many examples, show me where the "low" TBN had any detrimental effect whatsoever. I challenge you to illuminate the cause of concern here. And more importantly, why waste lube by OCI'ing sooner?????? Would wear rates be any lower if the OCI were any shorter? Nope - these engines wear very well and the wear rates are generally unaffected by TBN/TAN in any moderate OCI. The old mentality of TBN being very important to engine health is based on just that; old bias and old data. Reality has shown us time and time again that in short-to-moderate OCIs, TBN is totally moot. So much so that I don't even both to pay for that part of the analysis any longer. It's a waste of my money to get a TBN. I've got THOUSANDS upon THOUSANDS of UOAs in my database, and I can assure you with 100% certainty that under the conditions I describe, TBN/TAN is not in play whatsoever. I would agree than in very long OCIs (essentially ones where syns and bypass are utilized for tens of thousands of miles), it would be of more importance. But that's now the example here, nor is it the topic here. Your observation is flawed.
Last edited: Aug 17, 2018

Originally Posted By: dnewton3
Your observation is flawed
Cummins, MTU and other says that you.... 1.0 min limit TBN - [censored] 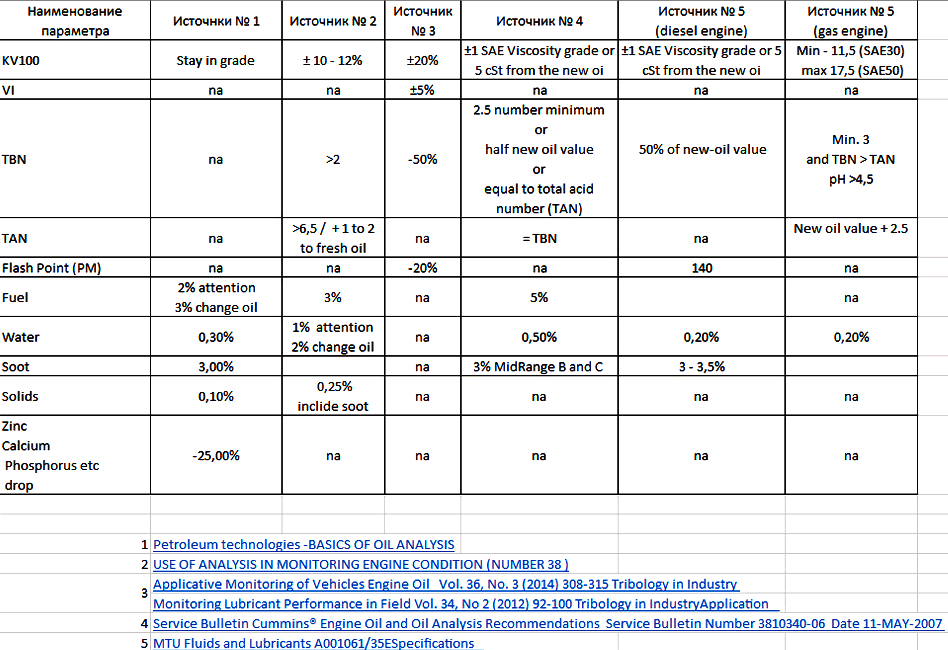 Originally Posted By: dnewton3
Originally Posted By: Triple_Se7en
One can purchase synthetics for the same price as dino/conventional. Sales are constant. So why not use the advanced synthetic, instead of dino?
While I agree that there are times when a BOGO or rebate may affect pricing, your statement is an exaggeration.
Based upon the gallons of oil that I have in my stash, I would fundamentally disagree with you. Case in point, WM recently cleared out Pennzoil Euro 0W-40 starting at $13.00 per 5QT jug, but many of them had it at $11.00 per jug. While traveling back from SLC, I picked up nearly 100QTs of it. There is no conventional that is the equivalent of that oil, so how about a different one? The WMs in SW Louisiana and SE Texas cleared out Chevron Delo 400 LE 5W-40 CJ-4 @ $11.00 per gallon jug; I have many gallons of it on my shelf for my Powerstroke. What about the AZ annual clearance? Plenty of synthetics there at less than conventional prices. The point is my experience is not unique and if one is willing to do the leg work, synthetics can be found cheaper than conventionals "nearly all the time" and many times without rebates.

dnewton3, although in agreement with you on many points, for the bitoger that looks for deals, Synthetics can be had for the same price. Case in point, the end of year clearance sales at AutoZone and sometimes a little luck, like i had (see below receipt). These are "anecdotes" that occur all the time. But for the avg consumer, yes Conventional is cheaper. 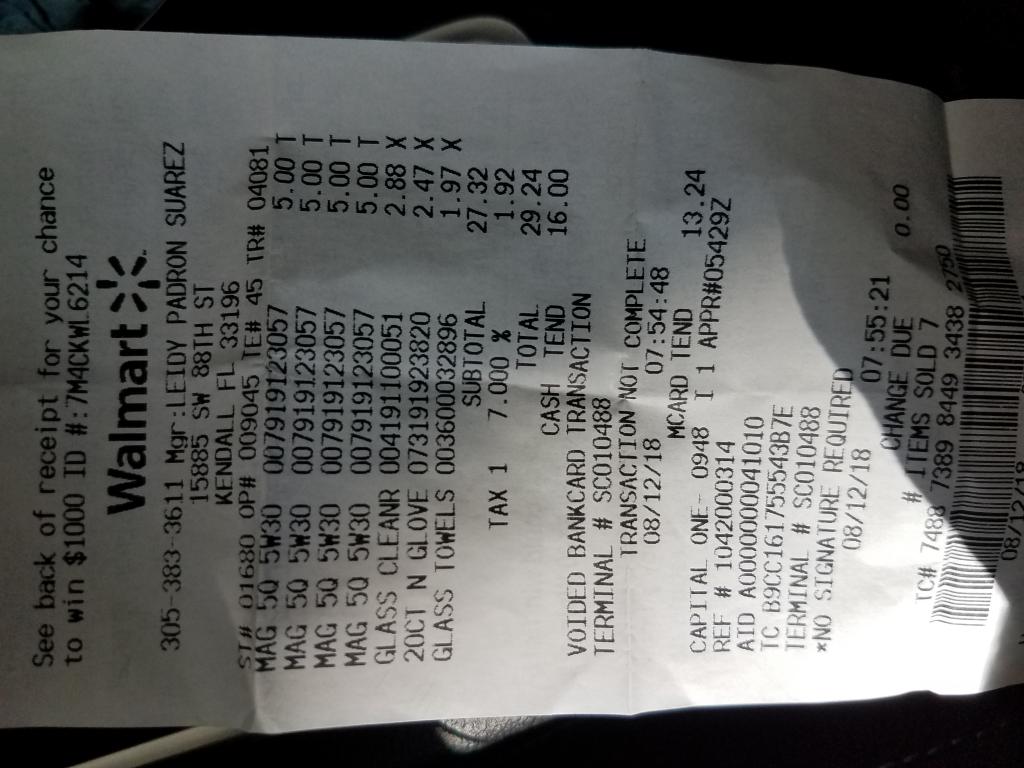 And I can get dino oils all day long at less than $2/qrt. RK oil is anywhere from $1.89/qrt for walk in retail price, to sales at $1.59/qrt. I also got dino QSGB at $.89/qrt not long ago. Got some Havoline for $1.09/qrt also. All clearance stuff as well. It's not really a fair topic to start talking about clearance items. There's no rhyme/reason to the pricing there. Sure, you can happen across a 4-leaf clover every once in a while. Diligent shoppers can always find bargains. We'll agree to disagree. You will be no more convincing than convinced.
Last edited: Aug 21, 2018

Typical misunderstanding of the topic. I fully realize that some OEMs set condemnation limits. But those limits (not unlike OCI limits) are predicated on protecting their bottom line in terms of warranty exposure. It has NOTHING to do with the actual wear rates. Again, the effect of TBN is meant to be a marker of info for increased awareness, and NOT a cause to OCI. The OEMs don't care about what it costs us to OCI; that means nothing to them. They set incredibly conservative limits on things that protect their bottom line; they are not concerned with maximizing your dollar. I challenge you to show me data from real world use that shows those condemnation limits actually correlate to shifts in wear trends. Don't rely on the condemnation limit from some arbitrary source. Show the actual data that concludes a causation of effect here. I want to see proof in real data; not recommendations from sources that are not interested in our best interest. There are lots of UOAs on this site that have low TBN, but no wear concerns. Even UOAs here that show TBN low AND TAN being elevated; still not wear trend shifts. But not once have I seen a UOA here in a moderate OCI that shows any causation whatsoever to low TBN producting high wear. Not once. TBN dropped and wear was unaffected in this UOA. There is no correlation between TBN and wear. With no correlation there can be no causation. It is just that simple. I can explain it to you, but I cannot understand it for you. You either will get it, or you won't. BTW - that document you quote looks keenly similar to the one from this CA study: https://www.dtsc.ca.gov/TechnologyDevelopment/OPPTD_FLY_High-Efficiency-Oil-Filters.cfm On page 11, they show the condemnation limits for metals, soot, TBN, etc. You'll note that nowhere in the study did they find any reason to change oil based on TBN alone. In fact, the study does not show any correlation whatsoever to TBN vs wear rates. They plot TBN and Vis relative to OCI duration, but that tells us absolutely nothing in regard to wear metals. They essentially do the same thing you've done; they predicate an OCI not on wear rates (outputs), but Vis and TBN (inputs). Inputs are only predictors. They are not results. Wear trends are results. Show me a study that indicates a low TBN causing wear trends shifts and I'll believe you. But I caution you in that I've tried to find the existence of this for several years now, and cannot. My own UOA database shows no correlation whatsoever in short-to-moderate OCIs. And no correlation means no causation.
Last edited: Aug 21, 2018
You must log in or register to reply here.
Share:
Facebook Twitter Reddit Pinterest Tumblr WhatsApp Email Link
Top