Thread starter
We just got a 1965 Mustang 289 from my fiance's uncle and it's time for some maintenance to be done. It's been in the family it's whole life too. It's completely original/stock with the stock 289 that has never been rebuilt. Her family thinks that the OD has rolled over so no idea how many miles it has on the car/engine. What are some recommended oils on a completely stock 289? Should I go to synthetic or would that risk causing possible leaks? Do I need an oil with high zinc (we do for our 76 MGB). 10w-30 vs 10w-40? I also need to replace the trans fluid and rear diff fluid too. Any recommendations on that?
Last edited: Jan 29, 2020

My family had a 1966 289 Mustang for several decades; recently got rid of it. There was an OEM sticker under hood that said "10w-30" and OCIs every 6k miles! Frankly, that was not great because engine oils back then were not nearly as robust as they are today in terms of detergents and dispersants. Under the valve cover was a gunky sludge mess. But today's oils are MUCH better in terms of wear and cleanliness. I would use a 10w-30 HDEO or 10w-30 PCMO and it'll be fine. The old Windsor engines (especially the 289) suffered from cam bearing wear that would often let the oil pressure drop to zero at hot idle. Ours would run about 30-50 psi when cruising, then drop to zilch at a stoplight. It had 73k miles on it when we sold it. If yours has turned over the odo, then I suspect it's also in the same shape. Using a thicker oil might bump up the pressure at the gauge, but it won't really stop the oil bleeding off at the worn cam bearings. If you want to solve that, it's going to have to get new bearings. These are easy engines to work on, and cheap to rebuild. I'd recommend just putting some case aside and planning on a rebuild. They can run a LONG time even with the bearings being worn out, but you end up risking low oil pressure at other places, etc. If you do a rebuild, get hardened valve seats while you're at it.
Last edited: Jan 29, 2020
B

Thread starter
I will probably pull the valve covers this weekend just to have a look and see what shape it's in. At some point I want to have it rebuilt but not sure how long down the road that is going to be. The car was driven as a daily driver when it it was purchased new for years but then it was kept in a garage and driven maybe once a month to keep things loose. Should I stick with a conventional oil or would it be ok to bump up to synthetic? I do know I can find Euro oil at WalMart if that's a route to go with synthetic.
Last edited: Jan 29, 2020
D

So I bought a 1965 Mustang with a 289 around 1969-1970. Changed the oil to QS 10W30 in the round cans. Started it and no oil pressure. Trashed the engine. There was sludge inside the oil pump and the new detergent oil loosened enough to jam the oil pump and snap the shaft driving the oil pump. A shaft came from the bottom of the dist to the oil pump to drive the oil pump. I assume someone had been running non detergent oil in it. Given the time frame thats a possibility. I rebuilt the engine to be a high performance engine, broke the output shaft in the transmission trying to do burnouts. Fixed that and sold it. Hopefully what happened to me will not happen to your Mustang.
J

Wow, great car! If the car has not been ran for some time I would pull the plugs and squirt a little 30w in the cylinders. The fresh Autolite plugs and check points. Fresh oil and filter and fire that bad boy up! Any good 10w30 is fine. Shell Rotella 15w40 might be good for an internal clean up. After you get things sorted out, I would run a nice 10w30 synthetic. Maybe Quaker State Ultimate Durability or High Mileage? Have fun with it!
O

5/10w40. Spring pressures arent too high in these so any A3B4 should have enough AW for your camshaft. Redline for warm fuzzies when you give your baby the 'best'
B

Originally Posted by Mossyoakglock
I will probably pull the valve covers this weekend just to have a look and see what shape it's in. At some point I want to have it rebuilt but not sure how long down the road that is going to be. The car was driven as a daily driver when it it was purchased new for years but then it was kept in a garage and driven maybe once a month to keep things loose. Should I stick with a conventional oil or would it be ok to bump up to synthetic? I do know I can find Euro oil at WalMart if that's a route to go with synthetic.
I'd be curious to know if the gaskets were cork. I had a '65 with the I6 and that started my love affair with that cylinder layout.
E

I had a '65 Mercury Comet with a stock 289 V8. I assume the engines would be the same. I bought it in 1968 and sold the car to my BIL for almost nothing, as an oil burner less than 10 years old with 80,000 miles. I did a valve job (without replacing the rings) along the way which really increased the oil consumption. I used 5W-20 oil in the winter and 10W-30 in the summer. That's what most people in the Canadian Prairies did in those days. MY BIL had the engine rebuilt but the oil pressure was low afterwards. I remember driving it at highway speed with the oil pressure at only 1/4 of the gauge. Before the rebuild it would have been well over half at the same speed. So the comments about bearings and oil pressure should be noted carefully.
F

Valvoline VR1 10W-30 would be perfect, not that expensive either and has 1300ppm of ZDDP, it may not need that much but it's good to be on the safe side of things.
K

10W-30 Pennzoil YB and MC FL1-A filter Ford small blocks of the era of time are about as simple as it gets.
B

I agree with the HDEO comments above-10W30 in cold weather, 15W40 in hot summer weather. If really hot, I don't think 20W50 would be bad either, we used to run Castrol GTX 20W50 in almost everything in the old days (Dodge 440s & slant sixes, SBCs, Ford sixes & FE block V8s. The original universal oil!
M

Thread starter
Thanks, everybody. I'm in middle TN if that matters. It gets really hot in the summers and mild in spring/fall which is when the car will be driving mostly. A tune-up was done not too long ago before we got it so all plugs/wires, etc are good. I just got done rebuilding the carb and she runs so much better now. I'm running the VR1 oil in our MG for the ZDDP purposes and like it. Sounds like I'm good with just about any oil out there. I'll check and see if there is any paperwork on what they have been using in the past too.
D

I use SuperTech HM conventional in my GTO.
E

Originally Posted by Mossyoakglock
A tune-up was done not too long ago before we got it so all plugs/wires, etc are good. I just got done rebuilding the carb and she runs so much better now.
I'd suggest you replace the coil too. Mine went out on a road trip on a Sunday and getting the car home was not fun.
M

Thread starter
I'm pretty sure that was replaced as well. All ignition parts were replaced but I'll check to make sure.
O

A note on these cars not related to the oil: If it is an automatic (and still has the original transmission) then make sure you use the second drive position as your normal drive position (green dot on the shift quadrant). The '58-'66 Ford/Mercury/Lincoln three speed automatics (and many AMC/Rambler cars and possibly Checker and Studebaker) have a non-intuitive shift quadrant where the first drive position (the white dot or "D2" - which people instinctively use these days) starts in second gear and shifts to third but never uses first even if you floor the accelerator. The second Drive position (the green dot or "D1") is the normal drive position which starts in first and shifts up through second and third as one would expect in a modern automatic. "L" position starts in first and stays there. I mention this as I see lots of YouTube videos of people driving around in cars set up like this who are never using first gear because they mistakenly select the first drive position. Their cars must feel sluggish being driven that way (and starting in second all the time may be hard on the transmission). Enjoy your Mustang - best wishes. Andrew S.
D

There was a standard 289 (2-barrel) and a Hi-Po 289 (4-barrel). Which engine you have, your ambient temps, and the way you plan to drive it... I would consider these when choosing oil and service intervals. There may or may not be a sticker recommending 10w30, but an old design engine with well over 100k ODO would likely do better with 10w40. How is the compression? Any leaks? Without more information... I would use Rotella T4 15w40 if your ambient temps allow a 15w##. Very good oil at a very good price, and I understand it is semi-synthetic although it is not marketed as such. Otherwise I would run Mobil Super 10w40, Castrol GTX 10w40, Valvoline Daily 10w40, etc. I would only run full synthetic if that's what it has been using, or if you plan to run it hard on a regular basis. As for the transmission and differential fluids... I'd recommend OE equivalent. Again, use synthetic differential fluid only if it's had that already, or if you plan to run it hard regularly. Synthetic stands up to shear and high temps better than conventional, synthetic also flows better when cold but doesn't really lubricate better. Back in the 1990s I had a 1965 Mustang and 1967 Mustang, both 6-cylinder 200 cubic inches with 3-speed manual trans. I ran them hard and I used whatever name brand 10w40 conventional was on sale... Castrol, Valvoline, Pennzoil. These cars always ran great. 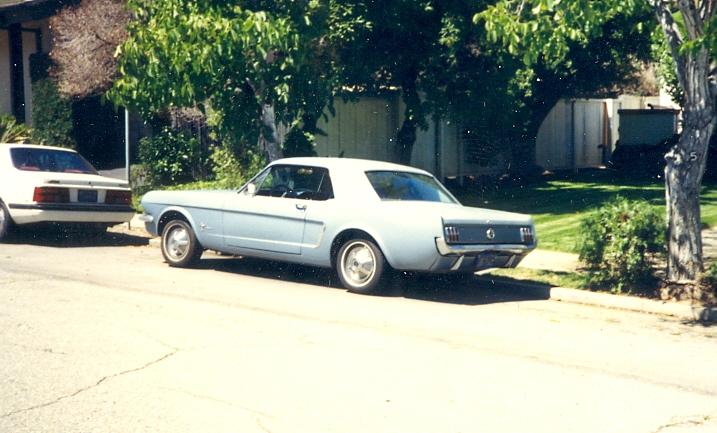 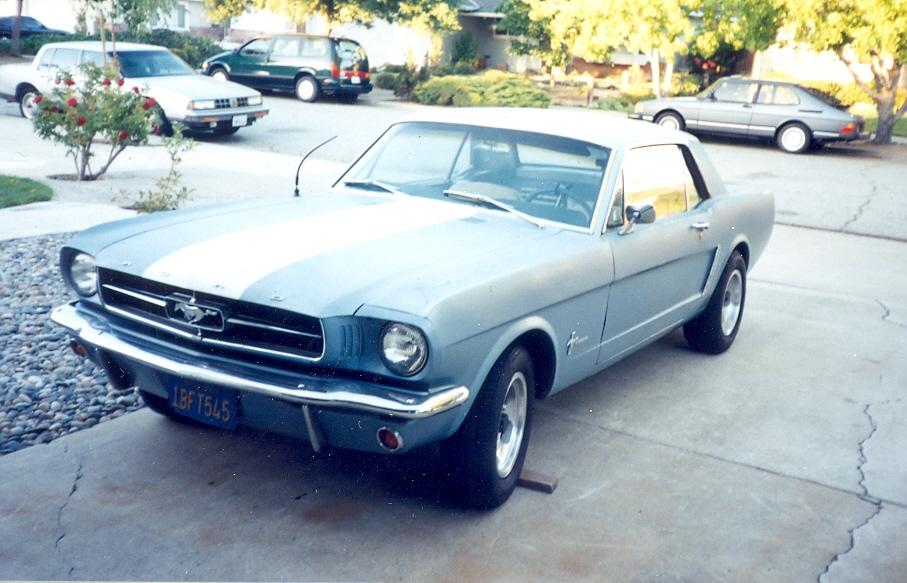 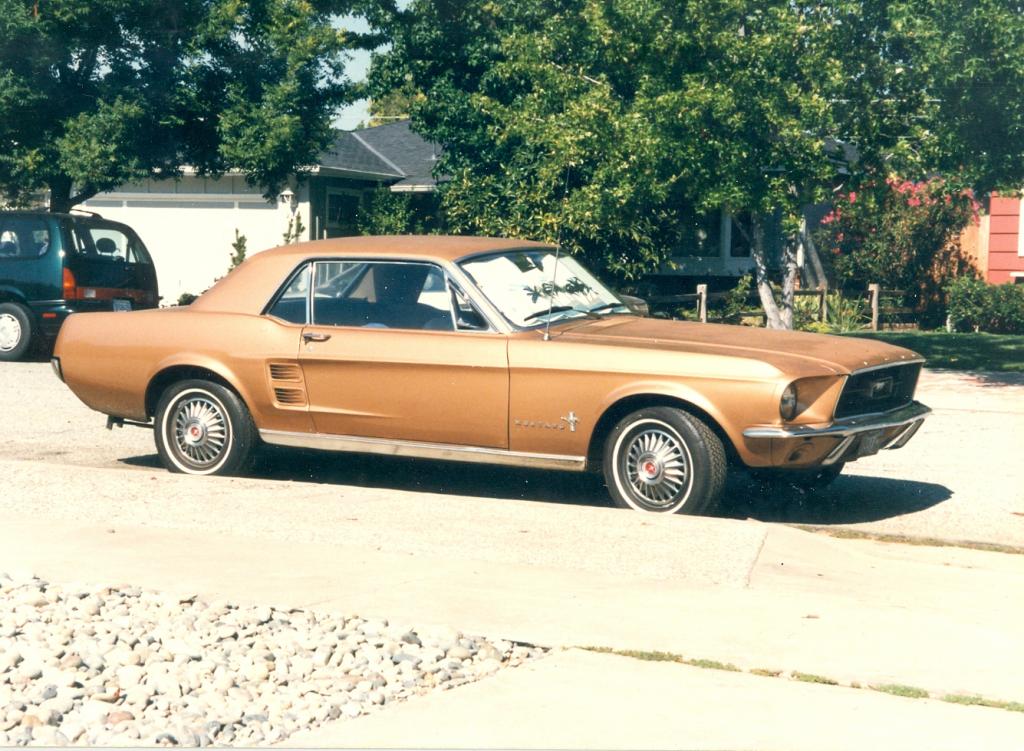 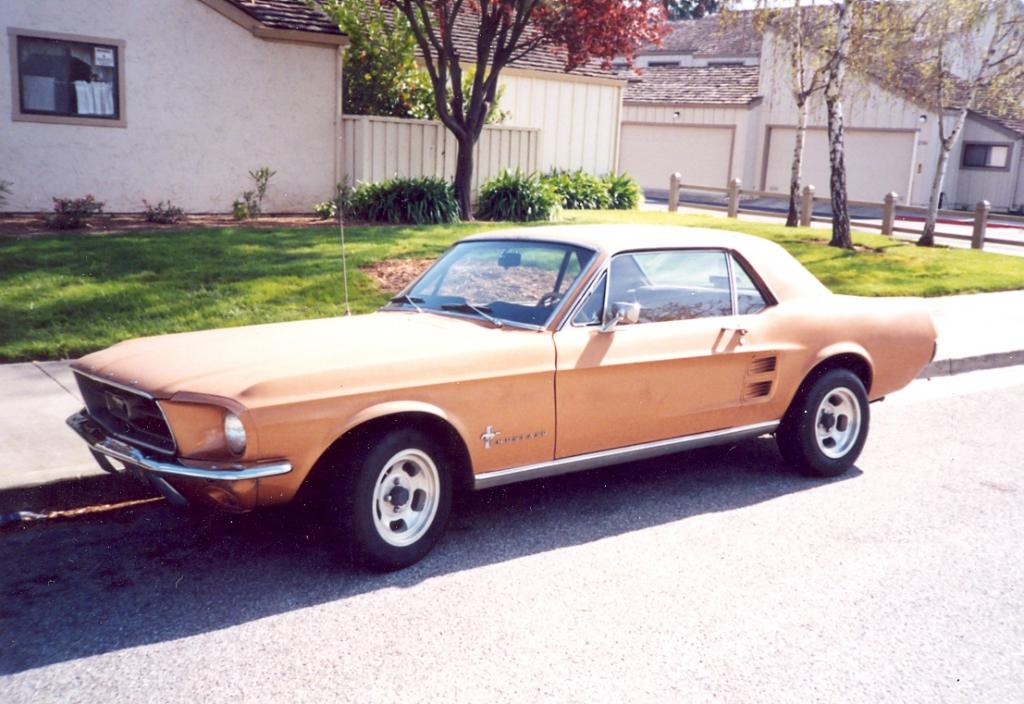