Thread starter
So here's the question. Once a tire starts wearing abnormally, will it continue to wear abnormally after the front end has been realigned? I'm getting ready to replace the tires on my Silverado, so I had an alignment performed during my last oil change. I was seeing abnormal wear on both front tires, when comparing to how my Sierra behaves. Both the Silverado and Sierra are 2 wheel drive, GMT800 models. I had the rack replaced on the Silverado in 2015, and I paid to have it re-aligned after the rack replacement. According to the shop that did the alignment three months ago, the front end has never been aligned since new. So, I guess I was lied to by the shop that replaced the rack. It doesn't matter, as I don't go there anymore. So, it is entirely possible that the abnormal wear that I've been seeing, is due to the front end not being re-aligned after a rack replacement. Here's my concern. I'm still seeing edge wear continuing on the far outside inch of the tread (the outside shoulder), on the passenger front. Will it continue to wear abnormally until I move the tire to a different position, and put a different tire in its place? I'd like to know that this is resolved, before spending $800 on new tires. Here's the printout that I was provided. 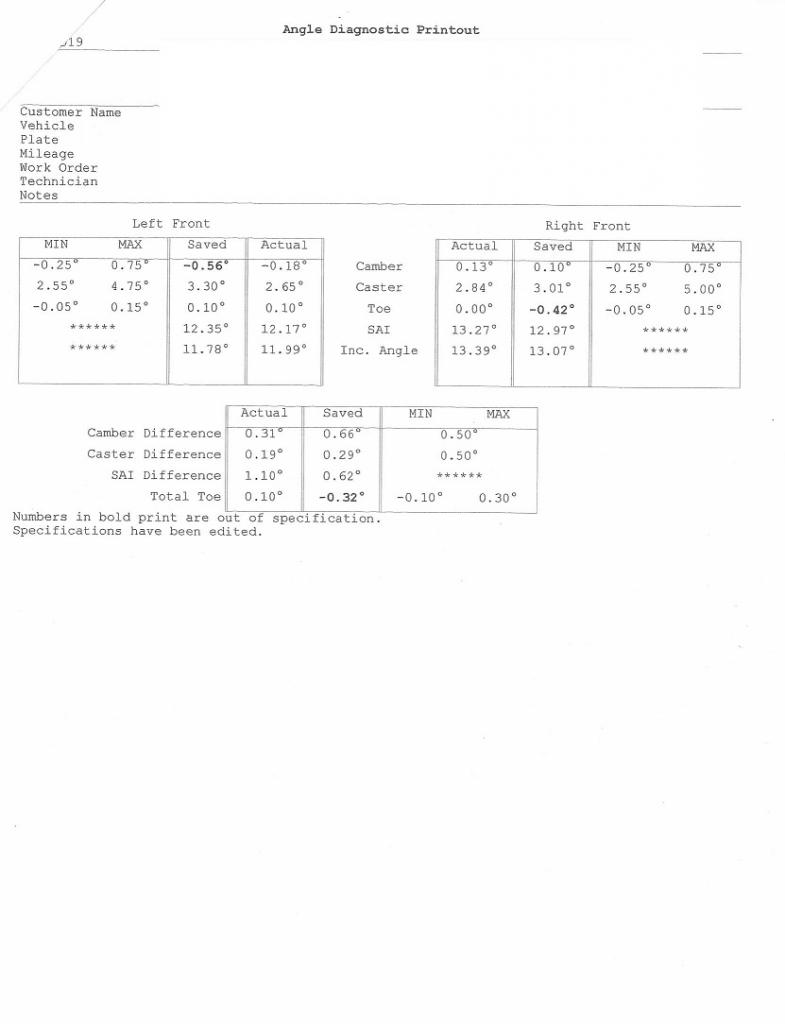 Q: So here's the question. Once a tire starts wearing abnormally, will it continue to wear abnormally after the front end has been realigned? A: YES And it's going to continue to wear because the damage is already done. You would have the run the tire sooooo long in order to not see the abnormality any longer that most likely, you'll be getting new tires by that time.
K