Thread starter
Not sure if this has been posted before, but it's some OEM HDEO engine oil tests applied to Shell Rotella T4 15W40 and Mobil Delvac 1300 Super 15W40. Specifically the Volvo T-13 oxidation test, and some similar API CK-4 tests. It is from a Shell web page. It's interesting to see some real data plots, rather than the usual pass / fail. https://rotella.shell.com/en_us/media/2018/volvot13-test-results.html (PDF Link)

Given that Mobil Delvac Extreme and Shell Rotella T6 both come in full synthetic, I consider this data obsolete...

Originally Posted by mattwithcats
Given that Mobil Delvac Extreme and Shell Rotella T6 both come in full synthetic, I consider this data obsolete...
Because T6 exists, T4 data is obsolete? That doesn't make any sense at all. It would be obsolete if these were not current formulations.

I'm a little apprehensive of any "data" spewed by the manufacturer of one of the products being tested.

Originally Posted by Strokenmerc
I'm a little apprehensive of any "data" spewed by the manufacturer of one of the products being tested.

Thread starter
The test was blind and at an independent facility.
From the PDF "Shell ran the industry standard Volvo T-13 test at an independent testing facility using Mobil Delvac 1300 Super 15W-40. The sample was sent blind to eliminate bias." 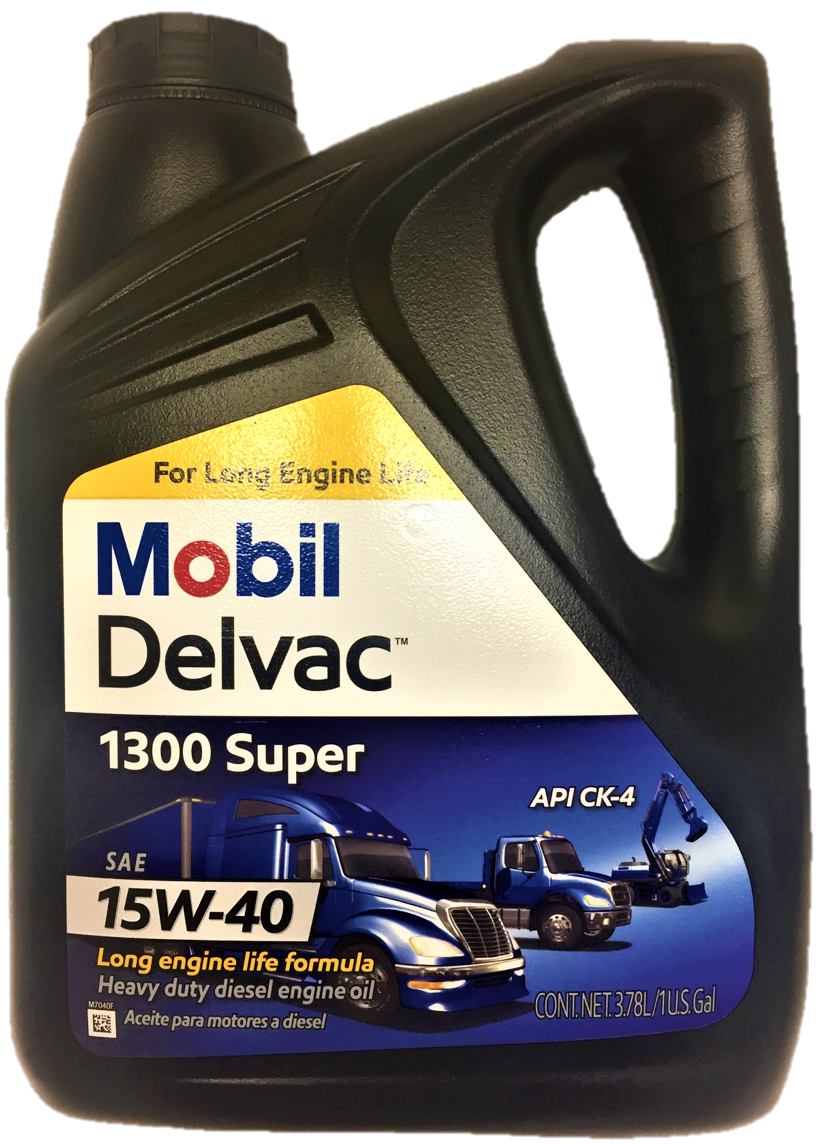 The Petroleum Quality Institute of America (PQIA) is an independent resource for information and insights on the quality of lubricants in the marketplace. Our mission is to serve the consumer of lubricants by randomly sampling and independently testing lubricants taken from the field. Test... 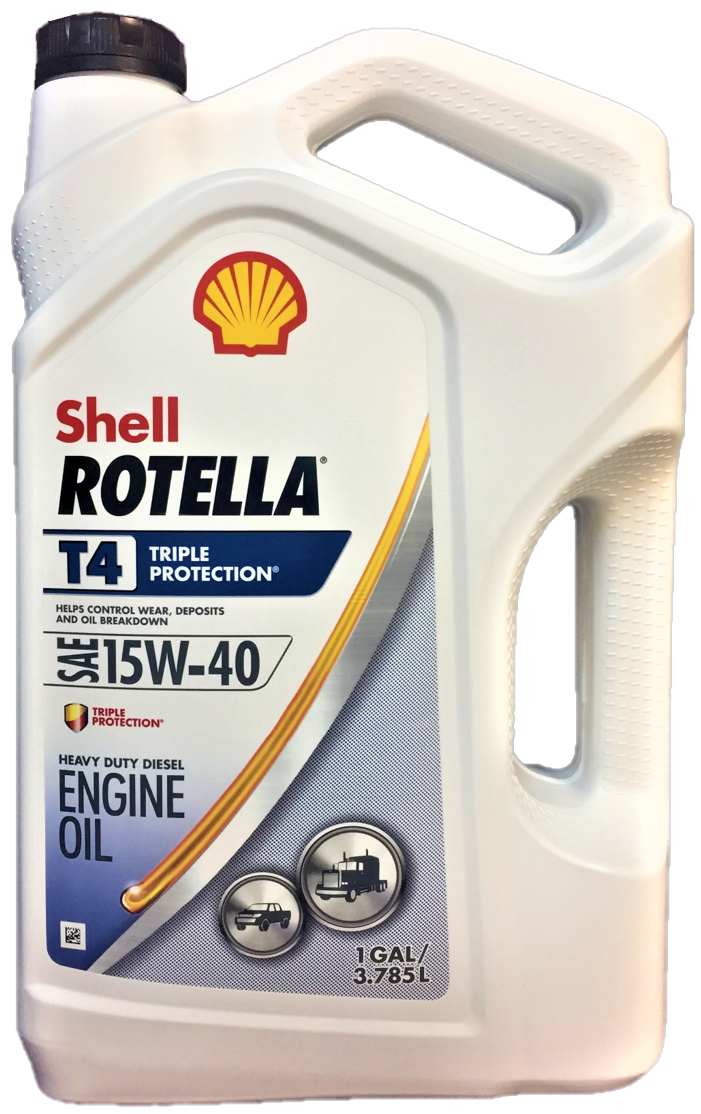 The Petroleum Quality Institute of America (PQIA) is an independent resource for information and insights on the quality of lubricants in the marketplace. Our mission is to serve the consumer of lubricants by randomly sampling and independently testing lubricants taken from the field. Test...

(Most values above rounded to the nearest 10 ppm)

Notice that the Delvac is API CK-4 & SN-Plus while the Rotella is only API CK-4, this is probably due to the amount of ZDDP added with SN & SN-Plus oils having more restrictive Phos limits.

But ZDDP being a major source of Phos & Zinc, plays two roles. First it’s an anti-wear agent to protect the metal of the engine, second it’s an antioxidant that protects the oil itself from oxidation and thickening. Notice the oil that failed the blind test for oxidation and viscosity thickening is the oil with the lower amount of ZDDP according to PQIA.

Still it’s interesting to see the correlation with ZDDP levels. Recall ZDDP was first used in oil as an antioxidant to extend oil life, only later was it found to be excellent at reducing metal wear when the oil film breaks down.
Last edited: Jul 19, 2020

what approvals has that Delvac (or CAT re label) lost ?
its FF in the DMax …

The ZDDP is said to deplete rapidly, at least faster than oxidation and AN / TBN numbers alone seem to indicate and more connected to iron rising I think. No direct comparisons, but T6 Multi Vehicle does quite well with its 800ppm level https://www.shell.de/geschaefts-und...shell-rimula-r6-lme-plus-product-brochure.pdf
and young Delo 600 ADF ultra low SA oil – without any specifics unfortunately – was said to have gone twice the distance (720h) in testing. It should become more and more difficult to try predictions looking at Phosphorous levels.

Some curves from comparing field data with lab ageing of a PCMO: https://acta.sze.hu/index.php/acta/article/view/546/515

blingo said:
Some curves from comparing field data with lab ageing of a PCMO: https://acta.sze.hu/index.php/acta/article/view/546/515
Click to expand...

Great paper, I’ve only just skimmed it, but I will read it in more detail soon.

But I agree, we can’t read too much into the Phos levels, as there are many other antioxidants (AO) involved with this C3 oil, and probably with most other oils too. Plus I also agree that a synthetic oil, such as this C3 or the Rimula R6 will perform better, as their base oils are naturally more resistant to oxidation and breakdown.

However, the original test of the two 15W40 HDEOs, was an apples with apples comparison. Both were modern products being sold today, both were Group II based, both had a similar starting TBN and both had the same CK-4 rating. So while the Phos level is a bit of a leap of faith, on my assumption that they both had a fairly traditional add pack (without too much new secret sauce in either), it’s still true that one oil outlasted the other oil. I would assume this difference was due to the add pack, rather than any significant difference between the various Group II base stock.

Yes, Group III / Group IV should perform better, but my argument is once that add pack depletes, then the oil follows. It’s just that higher groups follow slower.

blingo said:
No direct comparisons, but T6 Multi Vehicle does quite well with its 800ppm level https://www.shell.de/geschaefts-und...shell-rimula-r6-lme-plus-product-brochure.pdf
Click to expand...

They both use the same images in the Deposit Protection section.

This PDF gives it a TBN of 11 which is still plenty, and well above a low-SAPS PCMO.

The wording “Unique additive technology delivers high levels of piston cleanliness essential for long engine life and meets the demanding wear protection requirements of many engine types.” Suggest that this new SN rated CK-4 oil has special adds not used in their other product. Which makes sense to me, and I agree the Phos level by itself, is not enough when talking about the most modern add packs.

Absolutely, the Delo 600 wouldn't look too synthetic either and I imagined long life primarily in the additivation.

I'd just been under the impression that ZDDP could often be depleted faster than the total of antioxidants. Or to put it another way: There must be more to wear control beyond substantial depletion of ZDDP in these ultra high mileage HDEOs. And PCMOs that are specified to last 20,000 to 35,000 miles in Europe also can't multiply ZDDP accordingly. While that can be a stretch with oxidation too, the greater problem would have to be direct mechanical wear protection, me thinks.

Thread starter
There are some others here Shannow, RDY4WAR, Mola, Gokhan etc who know ZDDP much better than me.

Too Much Zinc = Corrosion?

I recently read someone's concern that too much zinc could cause corrosion in the engine and/or accelerate oil oxidation resulting in thickened oil. The oil in question is Schaeffer Supreme 9000 Full Synthetic Racing Oil 5W-50. Is this a valid concern?
www.bobistheoilguy.com

I know there are many different types of ZDDP, and I assume some would be more reactive and work faster, while others would deplete slower. I’m hoping that someone who knows more about the various types of ZDDP jumps in here.

over here in nicaragua i havent seen rotella in t4 only rotella t1. around here there is rimula t4 which is ci-4 plus not ck-4. rimula t4 ci-4 plus specs

Strokenmerc said:
I'm a little apprehensive of any "data" spewed by the manufacturer of one of the products being tested.

The test was done by an independent third party.

To me the question is if that test is necessary for CK-4. If so, then Mobil is selling defective product. If not, then the ads based upon this test are moot other than if a specific engine requires a passing test.

IMO the Delvac conventional has always been positioned way downmarket, with Delvac 1 way upmarket. Delvac 1300 is usually the cheapest at WM, and years ago I recall readinghow they retained group I in this oil for solvencyif deposits, and cost. I’d run Delvac 1300 with confidence in older engines if everything else checks out.

Delvac 1300 is now listed as a 'synthetic blend' - not because of a formula change, but a marketing lingo change....It has the approvals - and it certainly has the track record of great performance.

tundraotto said:
Delvac 1300 is now listed as a 'synthetic blend' - not because of a formula change, but a marketing lingo change....It has the approvals - and it certainly has the track record of great performance.
Click to expand...

This is very outdated and Im sure doesn't apply to current oils. 20 Years ago I ran Chevron Delo 400, Mobil Delvac 1300 and Shell Rotella T 15W-40 in a 1999 Cat 3406E in a dedicated route. With 30,000 mi drains (Max allowed with UOA) and 2 gallons of add oil (Roughly 20% of capacity) the TBN was at 50% of new and viscosity was slightly below new (No thickening). Soot was very low. All three oils performed essentially identical. It consumed slightly less Delo and at the time it was slightly cheaper so that's what I ended up running for 30,000 mi OCI. Truck was sold with just shy of a million miles. Oil consumption had increased 50% over roughly 900,000 mi.

As far as I can remember (as far back as at least 10 years) delvac has always been 1 to 2 dollars cheaper than rotella t 15w40 per gallon at Walmart. The oil change place I go always charged the same for either delvac or rotella bottled oil so I have always picked rotella just because.
You must log in or register to reply here.
Share:
Facebook Twitter Reddit Pinterest Tumblr WhatsApp Email Link
Top