Molybdenum is a very hard metal with a number of industrial uses.
It is combined with chromium in steel to make the steel harder and more resistant to bending. Most of the bicycle frames produced today use chromium and molybdenum steel. Because the steel is so much harder, the manufacturers can use less, thereby making the frame lighter.

Molybdenum Disulfide (Moly) has been used for decades in lubricating pastes and greases because it is slippery and forms a protective coating on metal parts.

Moly exists as microscopic hexagonal crystal platelets Several molecules make up one of these platelets. A single molecule of Moly contains two sulfur atoms and one molybdenum atom. Moly platelets are attracted to metal surfaces. This attraction and the force of moving engine parts rubbing across one another provide the necessary thermochemical reaction necessary for Moly to form an overlapping protective coating like armor on all of your engine parts. This protective armor coating has a number of properties that are very beneficial for your engine.

This coating effectively fills in the microscopic pores that cover the surface of all engine parts, making them smoother. This feature is important in providing an effective seal on the combustion chamber. By filling in the craters and pores Moly improves this seal allowing for more efficient combustion and engine performance. 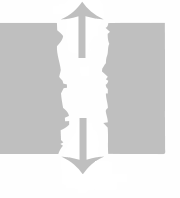 This overlapping coating of Moly also gives protection against loading (perpendicular) forces.  These forces occur on the bearings, and lifters. The high pressures that occur between these moving parts tend to squeeze normal lubricants out.

Eventually, there is metal to metal contact, which damages these moving parts and creates large amounts of heat. Fortunately, this is not the case with some lubricants.The layer of moly that forms on these moving surfaces can withstand pressures of 500,000 psi, without being squeezed out.

Engineers and scientists have tried for years to use Moly in motor oils but they had been unsuccessful because they could not find a way to keep Moly in suspension. Once Moly was put into suspension it would gradually settle out. It was easy to see it come out of suspension because a black sludge would collect on the bottom of the oil containers. In engines it would settle to the bottom of the crankcase or clog oil pathways and filters.

Engineers  have overcome these obstacles. They have developed a  process that keeps Moly in suspension and isn’t filtered out. Since that time theproduct has undergone extensive independent testing in labs and in the field for many years to insure that the product stands up to the rigorous needs of today’s engines. With the plating action of Moly reducing friction which reduces heat, this helps keep rings free from carbon buildup, prevents blow-by, decreases emission, and extends oil life.