This will bring some of you back....

Thread starter
So, I have posted previously about my disdain for modern commercial radio stations. I used to travel a big to western VA and came to the conclusion that CT radio stations aren't just bad, but epically bad. Hotel CA, War Pigs, Bohemian Rhapsody, Jet Airliner all beaten to death; I don't even want to hear them anymore. If you are going to play Dream Weaver, don't cut off the final bass note; If you don't know that it is a musical resolution to a song, then you ought not to be in broadcasting. I live in Southern CT, across from eastern LI and there is quirky radio station called WLNG that still uses 1950's jingles and still reads local obituaries including times and places of the services.... really. A true gem. LI is close geographically, but a world away because CT and LI share a sound, but there isn't much overlap. WLNG homepage Today, I left work in somewhat of a fugue state and tuned in; they queued up the following gem and it transported me back Note to modern female song writers: No need to throw shade, make veiled references to past relationships, just come out and say it. "I'm not putting up with your BS"
Last edited: Dec 9, 2019
L

What is this nonsense?!

Originally Posted by Lolvoguy
What is this nonsense?!

I think it's the OP stating that his taste in music is more refined (better) than many others. Apparently this is instead of acknowledging that different people have different tastes and that everyone is free to like what they want. But I could be wrong.
C

Our local rock station has overplayed hotel California, bohemian rhapsody, free bird and stairway to heaven also. Seems to be on a loop that repeats every hour. They don't play war pigs,Ozzy,sabboth or the doors enough.

"It's The Right Time Of The Night" Simple Gift
L

I think it's the OP stating that his taste in music is more refined (better) than many others.

I think it's the OP stating that his taste in music is more refined (better) than many others.

And that is why radios have a knob to change stations with....
J

I don't listen to the radio anymore. I have an hour long commute, and the local stations were repeating themselves by the 4th day. I have Aux and Bluetooth connections now (Amazon special $20 adapters) and listen to podcasts or stream music. I'll eventually go to audio books also, but I haven't run out of podcasts yet. Not to mention every time I listened to the radio it was 2 minutes of a song, then 15 minutes of advertising.

I think terrestrial radio is a waste of time. When I was living in Spain a long time ago we listened to Radio Caroline. It was a pirate station off the coast of Suffolk, England. They played what was popular then, almost no commercials. I think the ship sunk in a storm. Otherwise we were stuck with the dreary BBC 1 or 2. 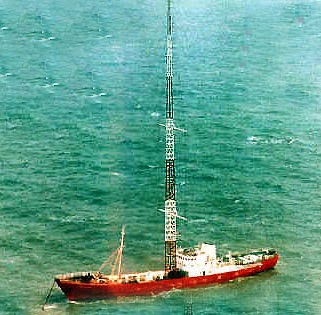 Halsey is the current champ of break up songs.
P

Interesting commercial AOR format died in 2004 with Scott Muni's death. Probably in the mid 1980s in most other markets outside NY.

I remember that song faintly but it's not something I'd have listened to by choice. She had a couple of hit singles, any guesses?
K

I tolerate my local classic rock station because I only listen to it about an hour a day. They play certain songs to death and if I would listen to it more than an hour, I'd be hearing repeats. They also have a nasty habit of overplaying songs by an artist if they are coming to town for a concert or if a movie about the artist comes out. Case in point: I used to like or at least tolerate the group Queen. Now I can't stand them. If I want to listen to music for an extended amount of time, I listen to the music that I own.
M

Originally Posted by Chris142
Our local rock station has overplayed hotel California, bohemian rhapsody, free bird and stairway to heaven also. Seems to be on a loop that repeats every hour.
They all wore out Hotel California inside of 6 months after it came out. I was sick of it 40 years ago. The other three were played to death after they had been out for at least a couple years. 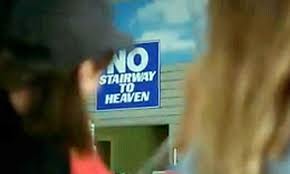 Was Ozzy Osbourne ever in The Magic Lanterns? "[Ozzy] has denied that he was ever in the group and most rock history books have Black Sabbath forming in 1967 in their native Birmingham, England. The four schoolmates were originally known as Polka Tulk, a blues band, before changing their name to Earth in 1968 and Black Sabbath in 1969. The record company for whom The Magic Lanterns recorded, however, has confirmed that it is indeed THE Ozzy Osbourne on these recordings. It would appear that this group was only a side-gig for the fledgling superstar." I always thought this mystery was very interesting as I have an original copy of this lp. Here's the article I copied and pasted the paragraph from: http://onenoteahead.blogspot.com/2007/09/ozzy-osbourne-60s-pop-star.html
J

I know I'm dating myself but here goes... In 1962, we moved to a college town in the midwest. My mother always had a table radio in the kitchen, and it was perpetually on in the daytime. The local AM radio station played the top 40, interspersed with local news and advertising. Top 40, or at least that station's interpretation of top 40, was a great mix of pop, rock, folk, country, comedy, you name it. You would hear Dean Martin or Frank Sinatra followed by the Beatles or Beach Boys, then Johnny Cash, Skeeter Davis, and maybe a comedy track by Bob Newhart. There was no repetitive playlist because they had a live DJ who apparently had carte blanche to play what he wanted or to take requests from the local college students. The students phoned in lots of Beatles requests along with Peter, Paul and Mary and other folk groups. I listened to that station daily until I left home. To this day I miss this sort of free form programming.
Last edited: Dec 9, 2019
You must log in or register to reply here.
Share:
Facebook Twitter Reddit Pinterest Tumblr WhatsApp Email Link
Top