Thread starter
2007 Honda Accord LX. Not really free as I have about $1800 in to it now plus a lot of sweat equity cleaning it up and doing the work I could to it. Car was signed over to me by some friends who were moving as compensation for some work I did for them (labor - my idea - amount included in the $1800). BUT, it runs really good and has 60K+ fewer miles than my 05 Accord had which was getting tired and needed quite a bit of work. I was able to sell that and use the money on the 07 and have left over to bank so in the end I am ahead even if the 07 is a base model and the 05 a top end with sunroof and such. Originally was going to sell the 07 and fix up the 05 but think this was a better way to go. The biggest issue with the car was the condition of it (ie; cleanliness not mechanically). I love my friends and all but good lord are they rough on a car. They are religious about maintenance but cheap on everything else (if it will run and still be safe to drive they don't fix issues) and they NEVER clean them in or out (especially bad on a car like this with a tan interior). So I basically got a great running dumpster for a vehicle LOL. I truly thought I was going to have to replace the rug, seat coverings, and maybe even the headliner they were so bad/dirty (deeply set in food and grease stains, dirt, filth, mold, etc... plus both work in the machinist industry which does not help) but was able with a lot of elbow grease to get them to like new shape using Turtlewax's excellent carpet and upholstery cleaning products. It literally took days and can upon can of cleaner but in the end they are clean and like new. I even had to wash the door jambs, under the trunk lid, etc... because it was even dirty, greasy, and nasty there too (don't even get me started on how dirty the engine bay was). Not sure how many bottle of Febreze I have used on it but it finally doesn't smell like a Chinese food joint dumpster anymore LOL. The exterior had never been waxed. Can't even say I ever saw them take it through a car wash either. The paint was rough as a result. Been over it with rubbing compound and polishing compound to smooth it out and remove what oxidation and scuffs/scrapes I could (good lord never seen so many scrapes and rubs on a car???). Touchup paint for the many paint chips. Got 1 coat of wax on the flat spots (ie; roof, hood, trunk lid) so far but need to do at least 2 coats on entire vehicle to finish it up. Had to have some body work done though on the side in one spot, plus the front bumper cover replaced (beat to [censored] and all cracked and busted), so am holding off to let those areas properly cure. I will do the entire car here in a couple weeks before winter with a minimum of 2 coats. I have a set of vent visors to put on before I do the big wax job too. Just haven't go to them yet. It needed some mechanical work too but got that done. Lower ball joints, new tires and alignment, LOF, Air Filter, etc... Had to replace the radio/HVAC assembly inside as the radio was completely dead and the heat and AC barely worked (common problem on this generation Accord). Replaced a lot of bulbs, cabin air filter (OMG it was gross - think it was the original one - solid black with stuff growing on it

), and a few other small things. Got the aftermarket remote start and security system working that never had as well. So a lot of work was done to get the car in shape but now that I am done basically the car is really nice. It runs and drives great and I no longer feel I need a tetanus shot after being in it LOL. Note - some of the shots from the driver's side make the interior look dirty and/or green. That is caused by the lighting and sun through the windows making shadows and causing that greenish cast. The interior is basically like new now as you will be able to tell from the passenger side shots. And yes there is a Teddy Bear in the rear seat. The previous owner gave it to me long ago so it is there to make her happy LOL. 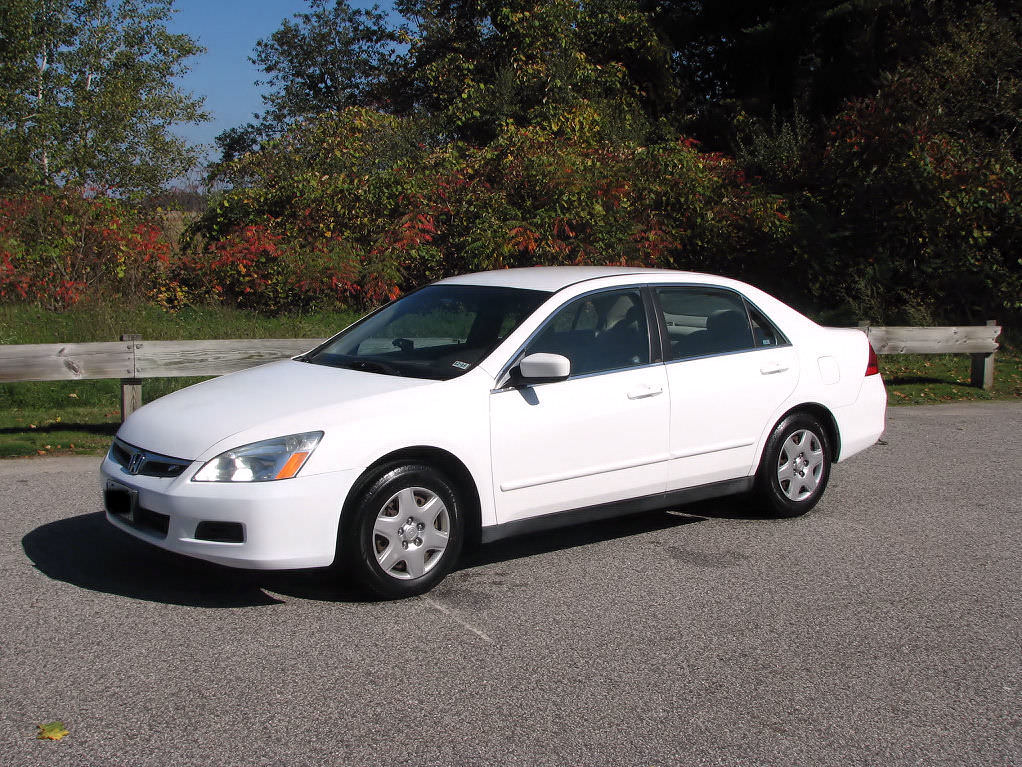 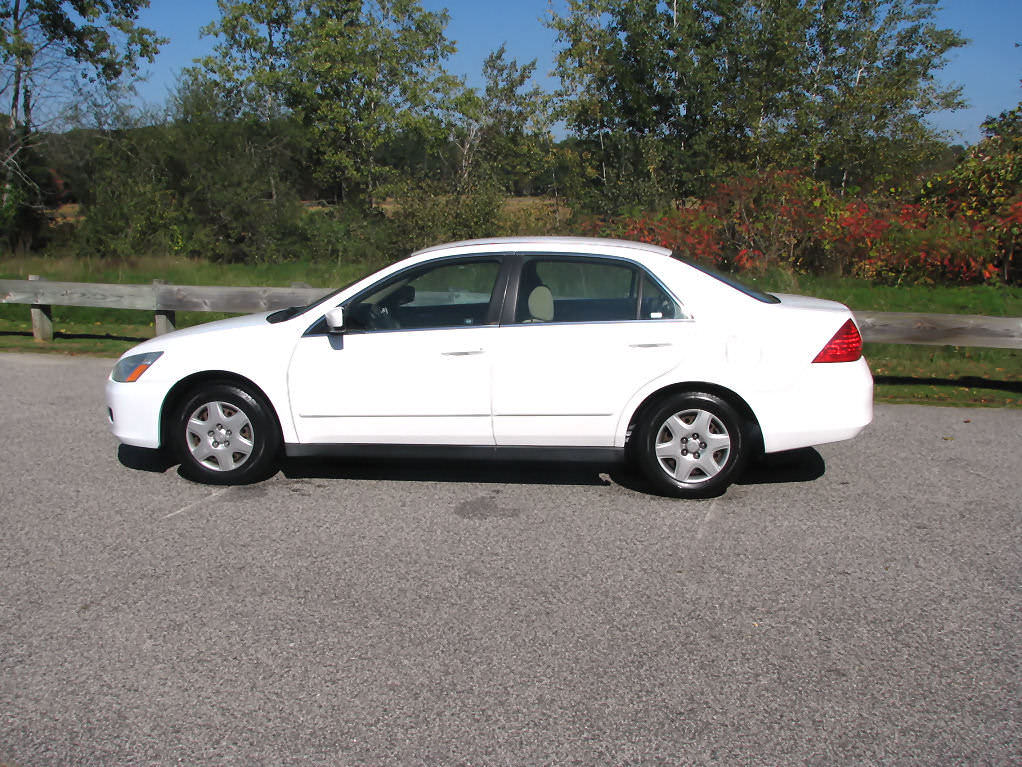 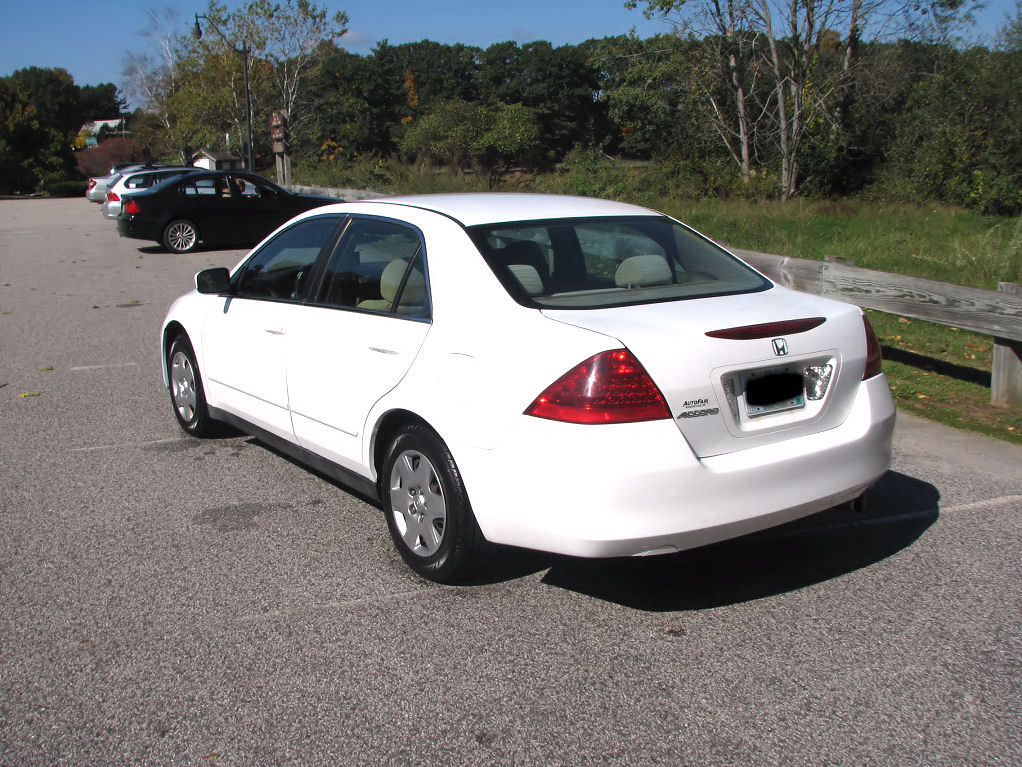 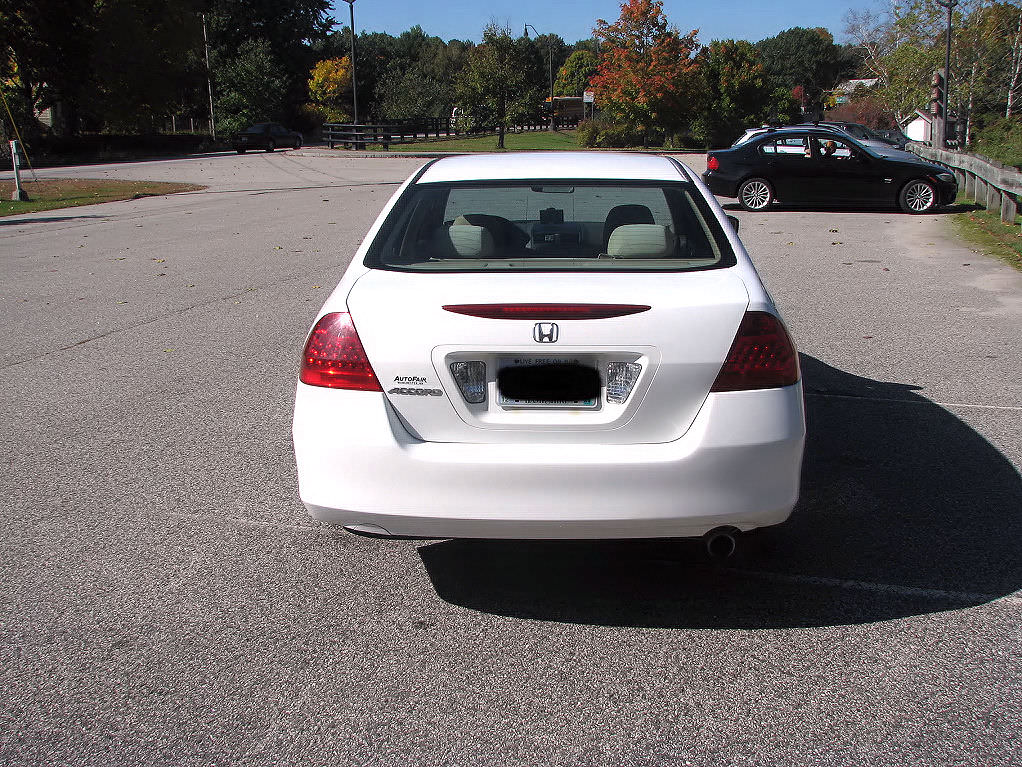 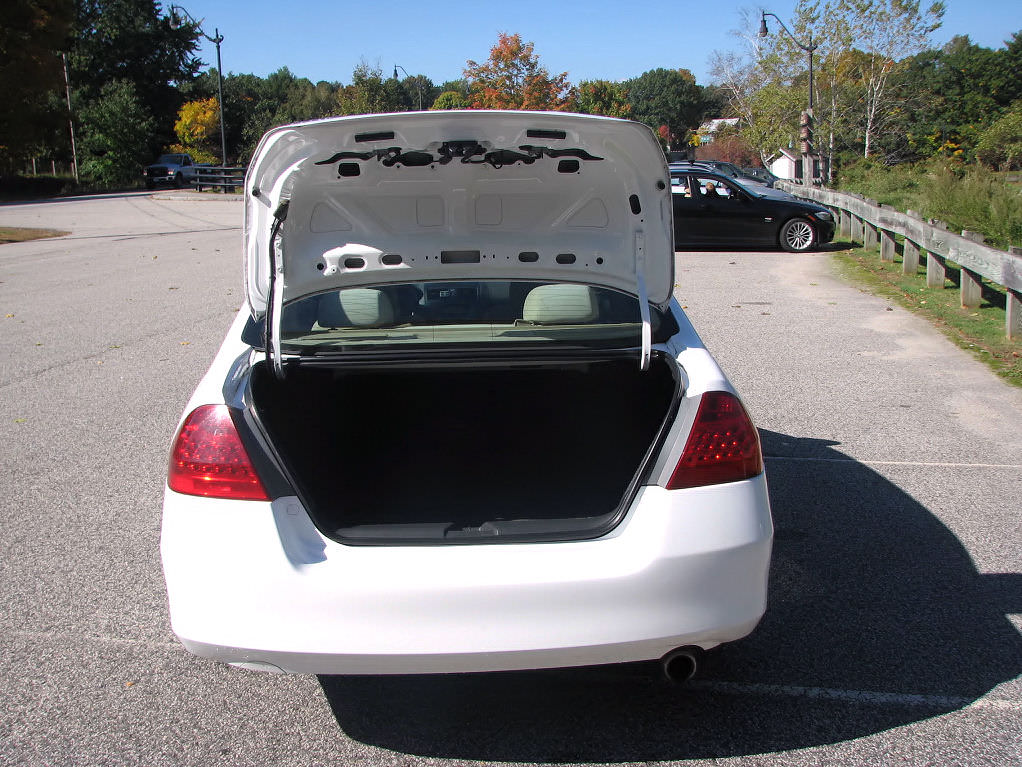 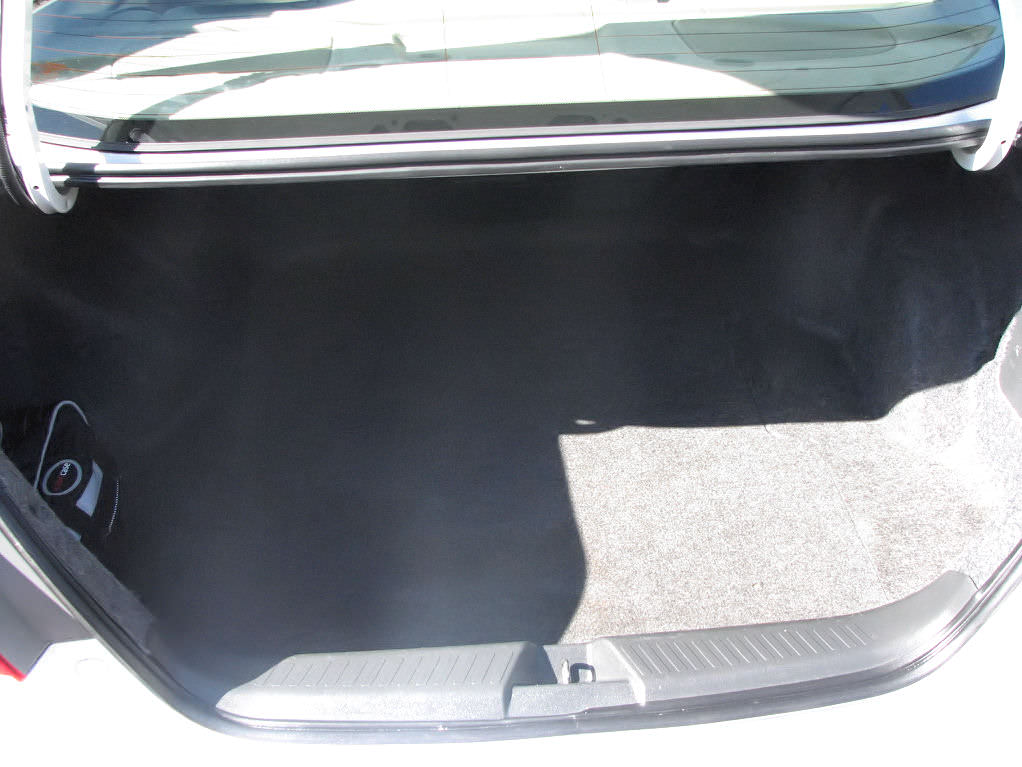 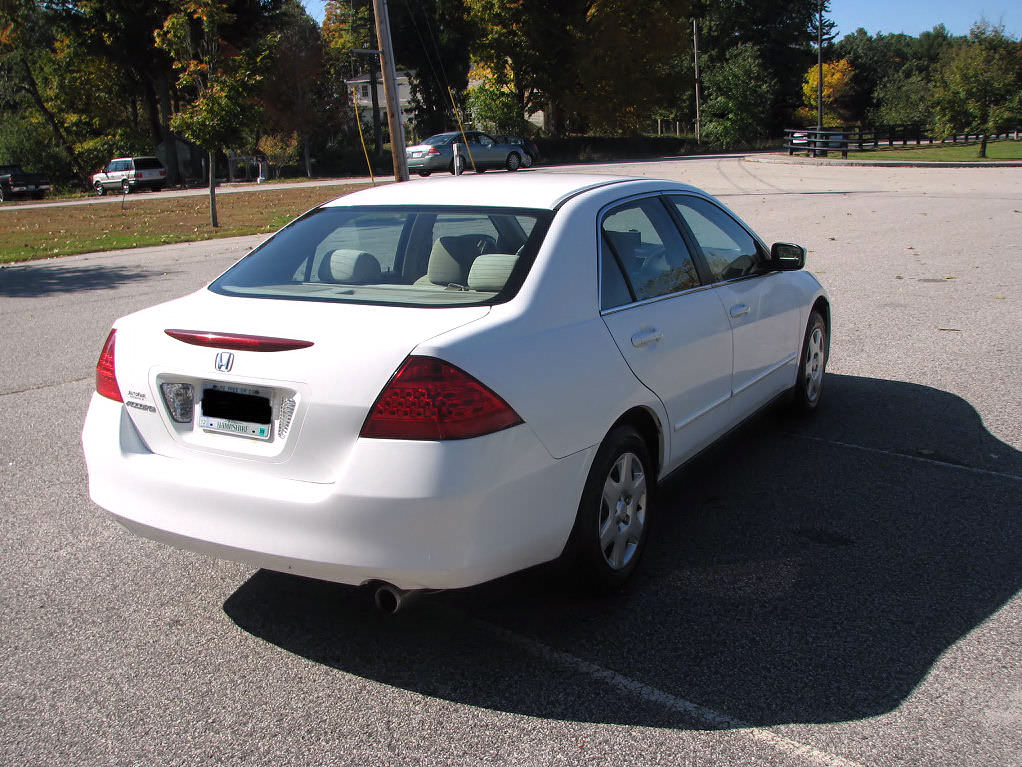 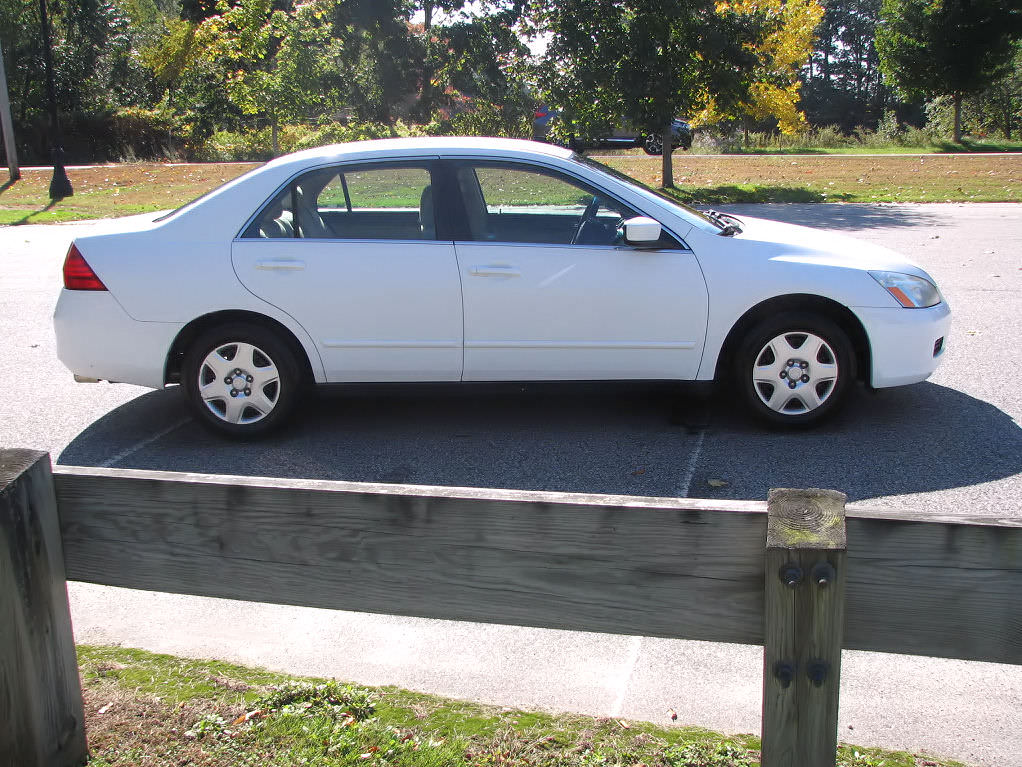 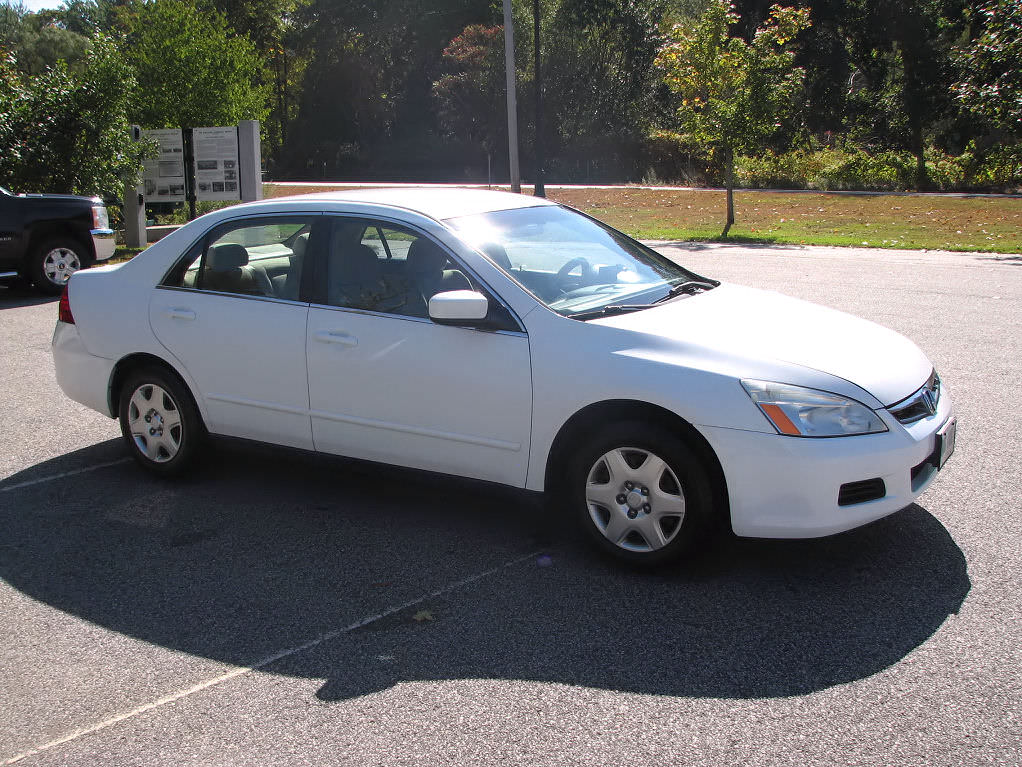 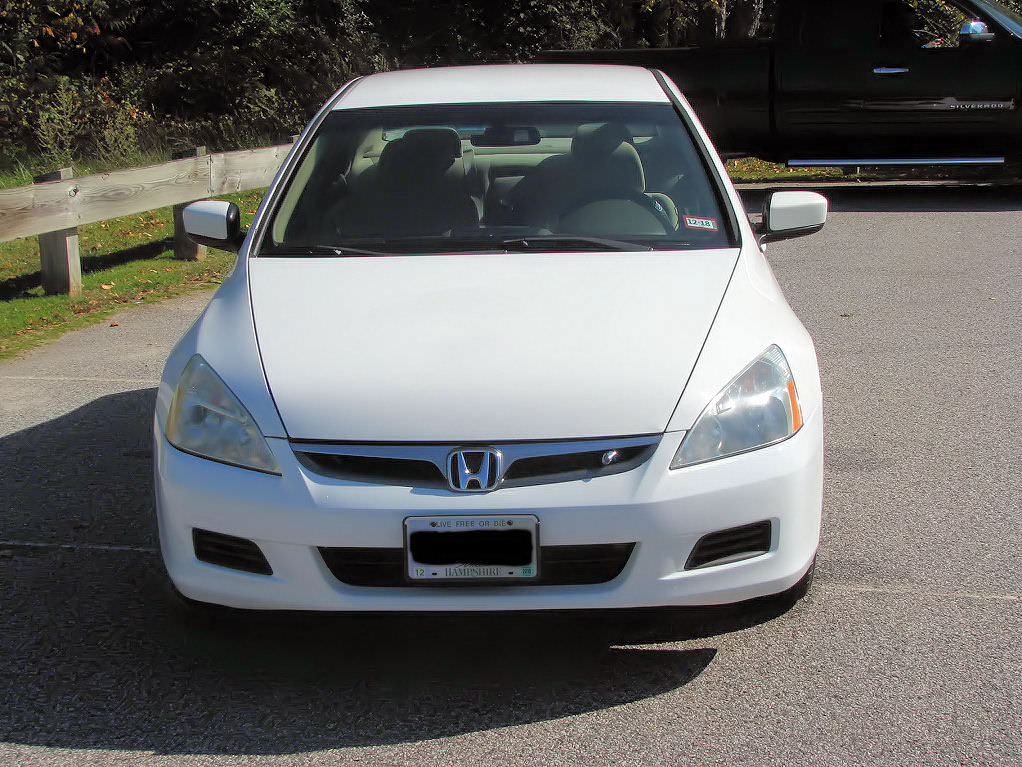 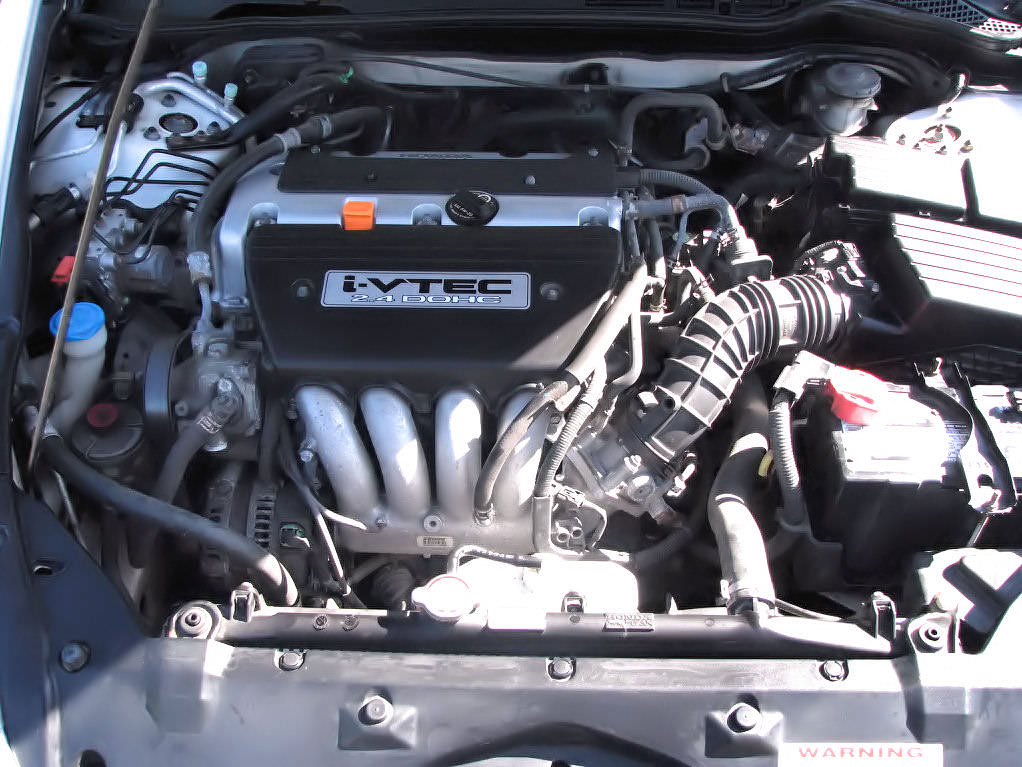 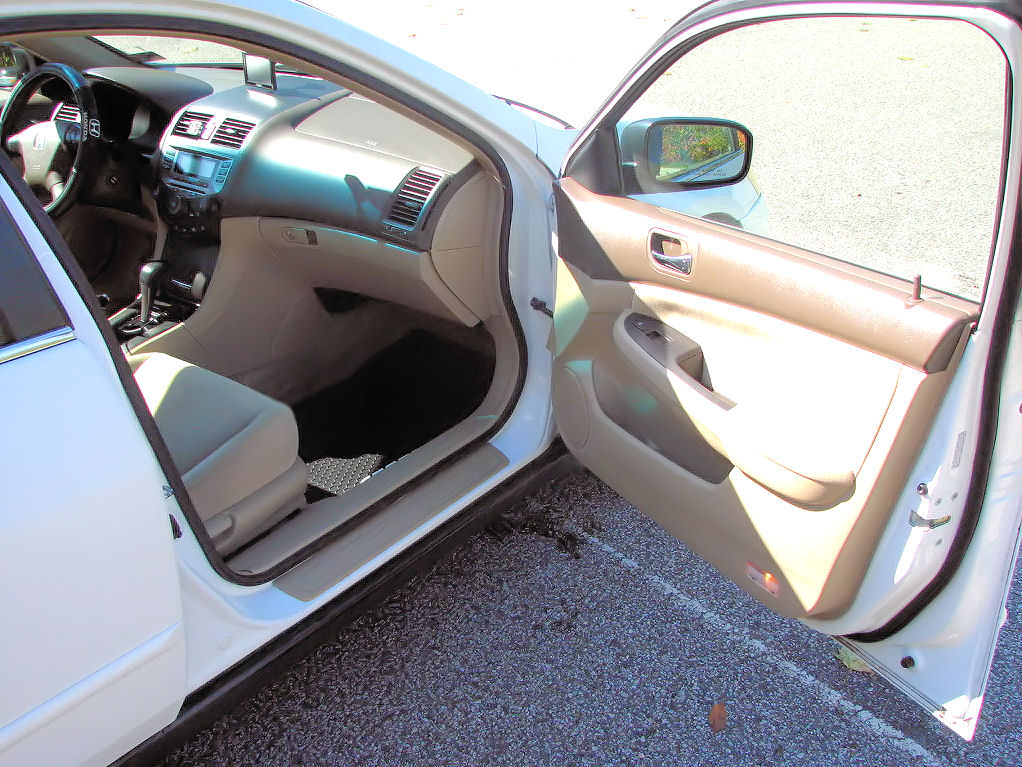 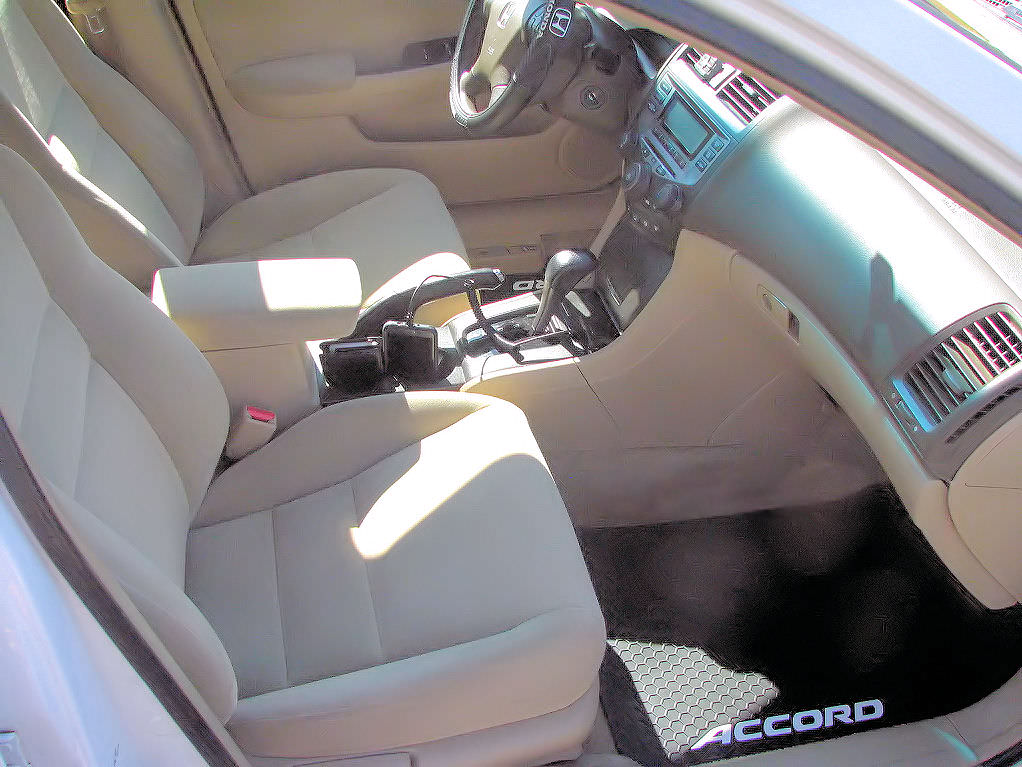 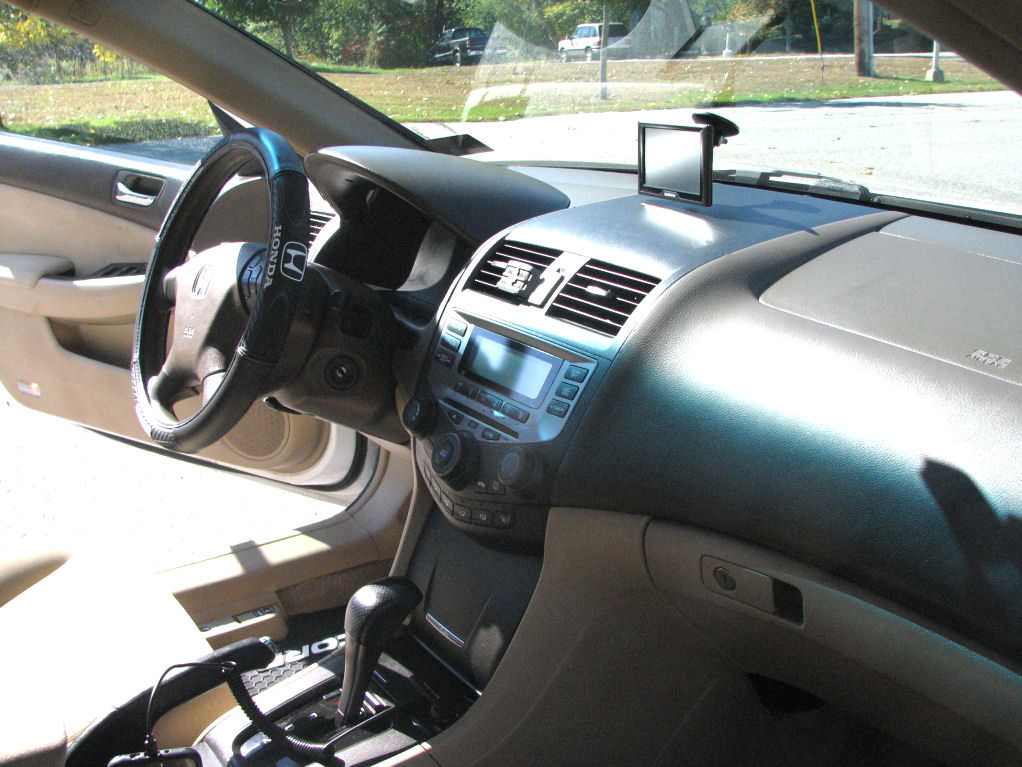 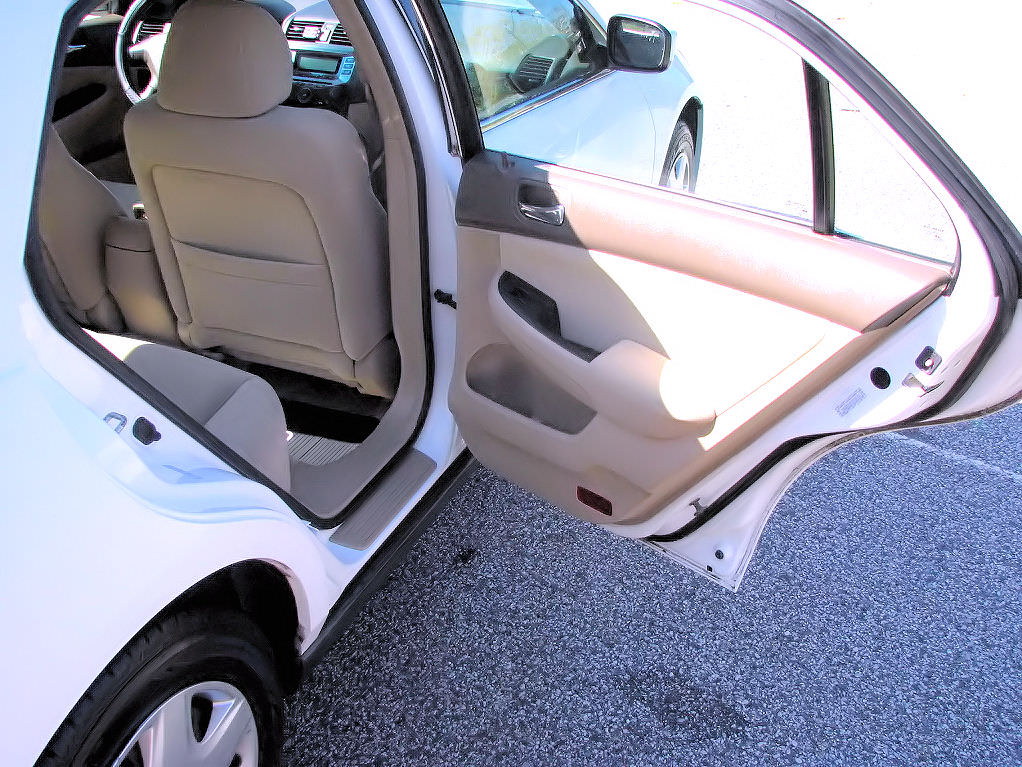 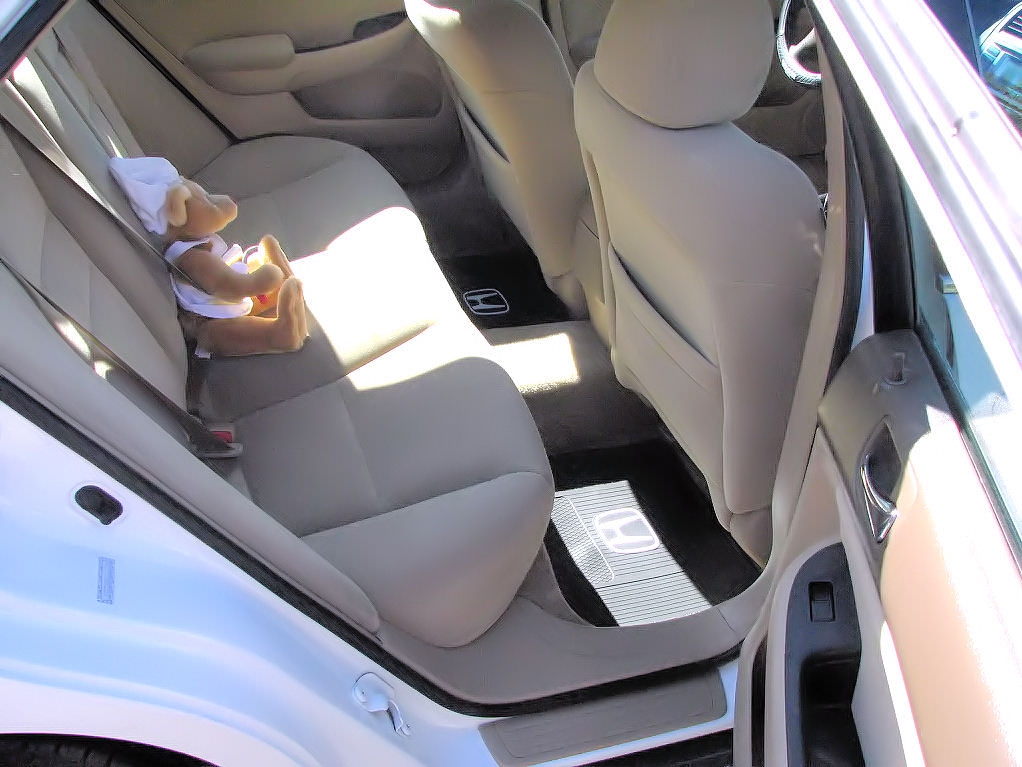 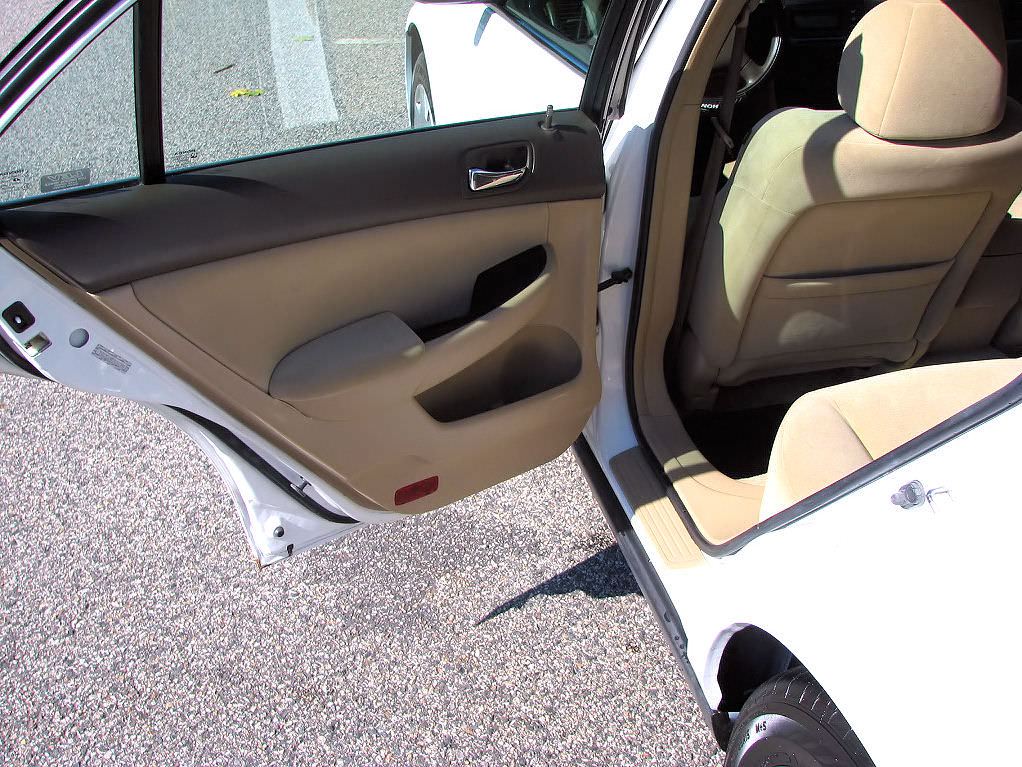 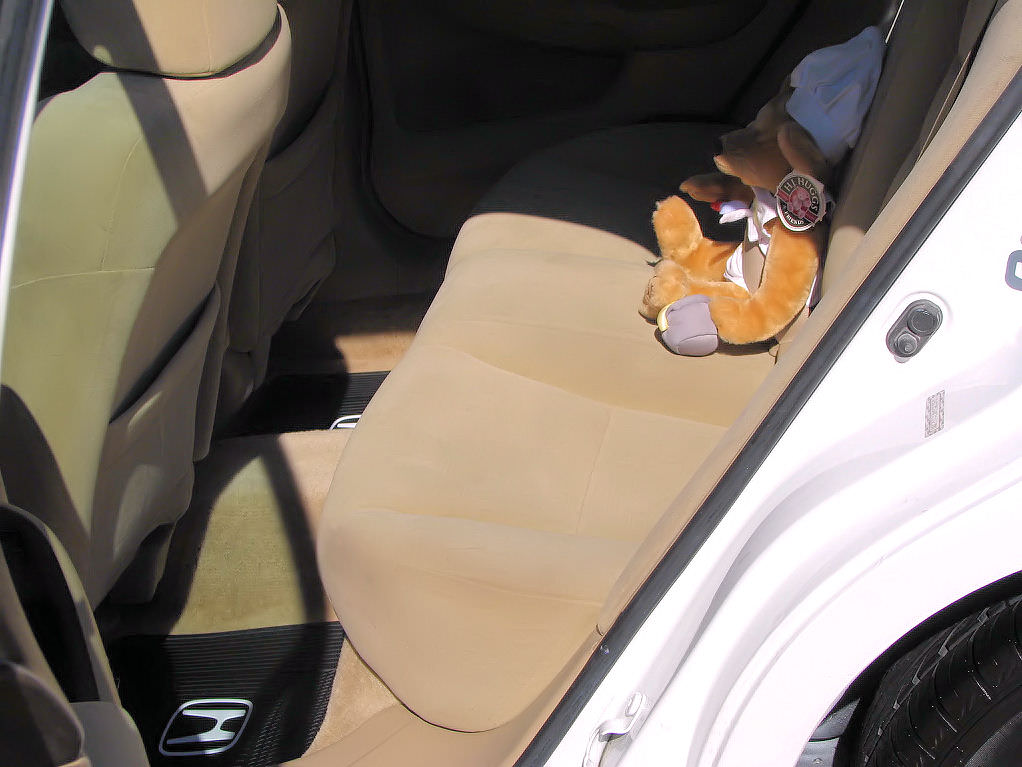 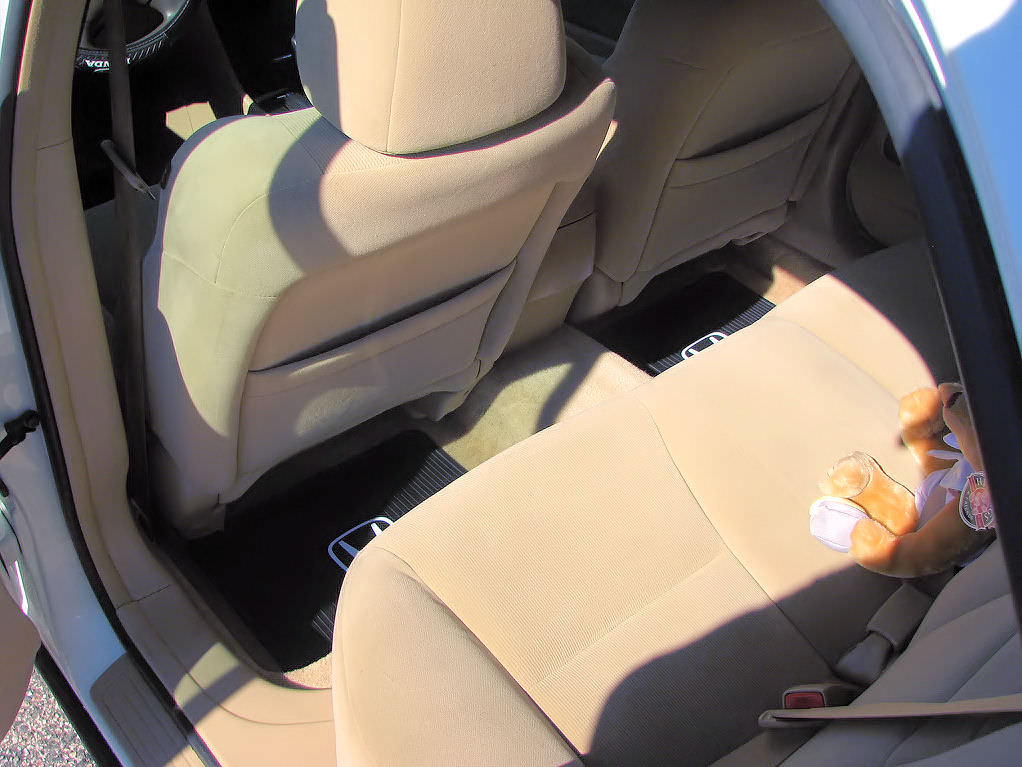 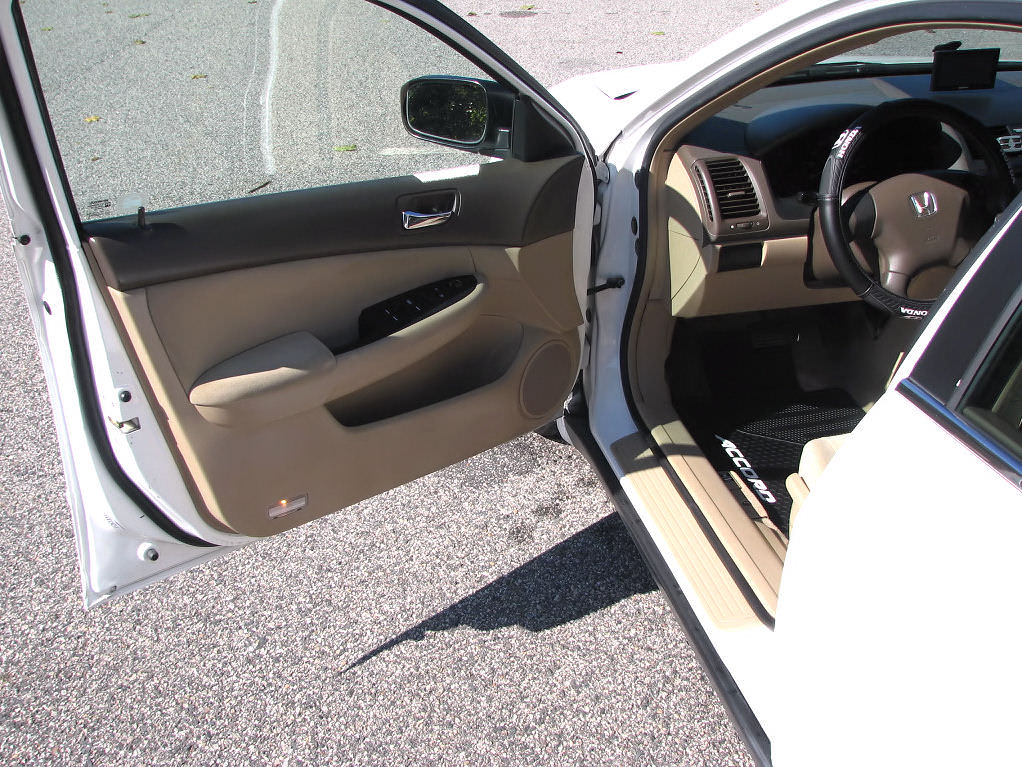 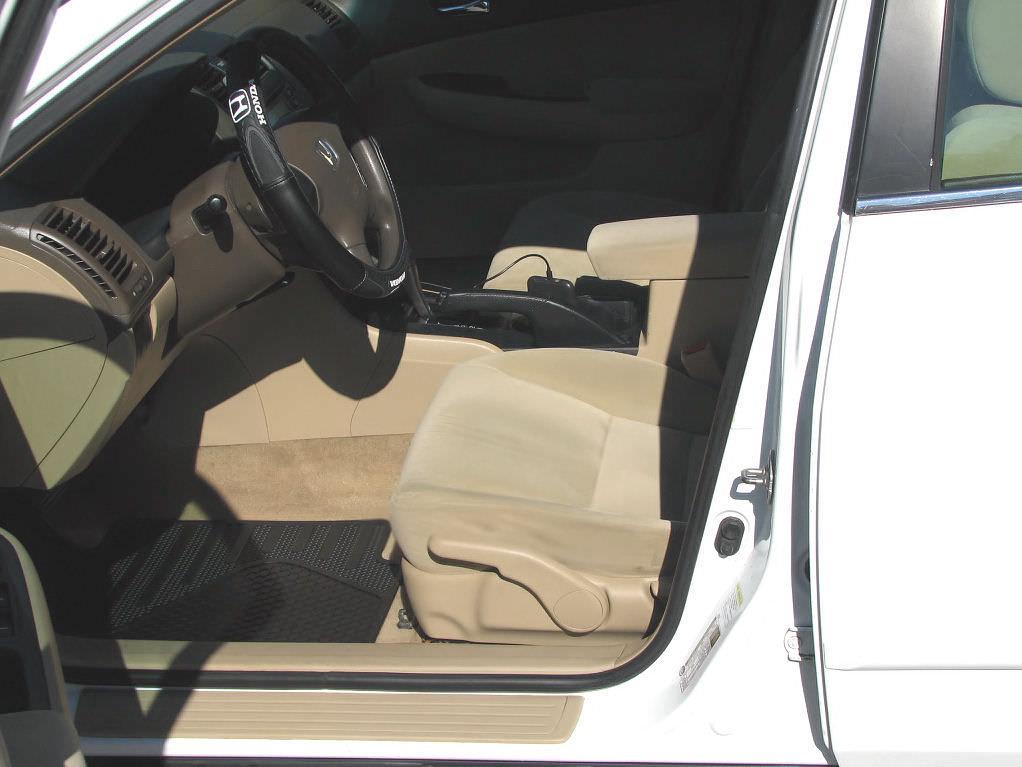 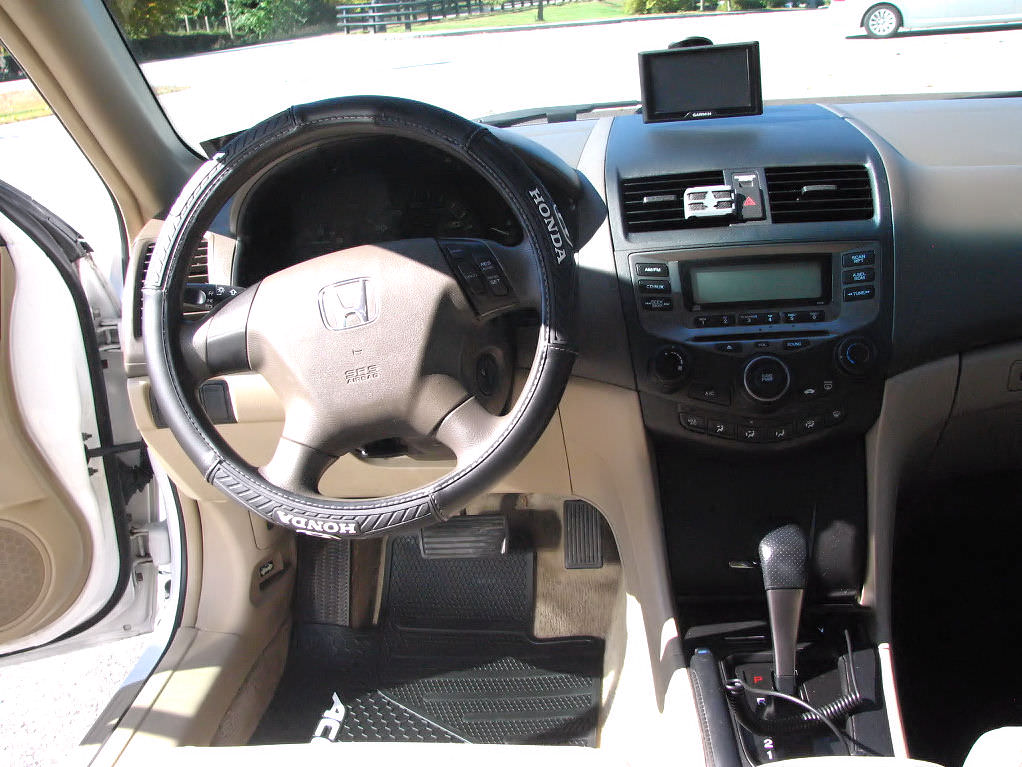 Looks good. I still drive my 06 daily. About 150K on it now. You weren't kidding that they trashed that car. I can't believe you had to replace all those parts on it. The only thing you got to watch out for is that transmission. I think by 07 they had the bugs worked out for lubrication problems on the transmissions.
N

Thread starter
I will have to have it inspected again in December and am going to have the ATF done as well as a coolant flush. The ONE area they actually were good about is routine maintenance so I am not overly concerned about that stuff. If they were as bad about that as they were keeping it clean I wouldn't have taken it. The car actually runs and drives great.
Last edited: Oct 11, 2018
G

I admire your willingness to work on it so long. I do not clean my cars. I pay a detailer 1X or 2X a year to do it. I do keep them fairly clean and uncluttered year round.

Those 7th gen accords are really nice cars. Looks nice! It was definitely worth the work and time you put into it. Especially considering you have less than $2k into it!

Lots of hard work and it shows. You might want to renew the headlights.
L

I will never understand people like that. Beyond financial considerations, who wants to ride around in a dumpster? People would criticize me for cleaning and making minor (very minor) repairs when I lived in apartments. But I live here, who wants to live in a dump?
M

Amazing work looks great. I actually recognize where you took the photos based on bridge and Land Rover in background.

Nice job, really looks great. Would be a perfect first car for someones son or daughter. Keep that 1800 invested, flip it for 5-6k, take that 6k and buy something nicer but beat up, needs work, etc same deal, keep working up the ladder.

That is one clean ride, great job cleaning it up. My last car was a 2006 LX in desert mist metallic. These are very solid cars. If you haven't already I would recommend doing 3 separate transmission fluid drain and refills with Honda ATF DW-1 as well as changing all other serviceable fluids.
S

Awesome! I've been wondering how this project has been progressing and was tempted to send you a pm for an update. Last time you reported you had just cleaned the interior real well. The exterior looks great! Excellent job, I haven't had a chance to read the entire OP yet but the pics tell the story.

My girlfriend just got rid of one of these-- the top end, with leather and power everything. I wonder if later generations of Accords will still look this good in old age. Can't beat simple, timeless lines. Didn't like the earlier versions of this generations because of the "Buicky" rear lights--but even these have aged well.
D

Originally Posted by gregk24
That is one clean ride, great job cleaning it up. My last car was a 2006 LX in desert mist metallic. These are very solid cars. If you haven't already I would recommend doing 3 separate transmission fluid drain and refills with Honda ATF DW-1 as well as changing all other serviceable fluids.
I had a 2010 Accord until a few years ago, traded it in on the 2015 Passat TDI. i did 10k oci on the Accord and each time i changed the oil i would drop the transmission fluid, 3 quarts and add 3 new ones. My theory was that was better than going to 60k and then doing the 3x3 quarts all at one time.
B

That cleaned up really nice for you -- good job!!!
S

Originally Posted by RTexasF
Lots of hard work and it shows. You might want to renew the headlights.
He did a few months ago(different thread) but looks like they are clouding up again. I think a good sealant applied regularly would help pro-long the clarity. https://www.bobistheoilguy.com/foru...e-easy-headlight-restoration#Post4840011
Originally Posted by NHHEMI
https://shop.advanceautoparts.com/p/blue-magic-products-metal-polish-cream-7-oz-400-06/7040003-P That is it DONE! For a really bad headlight you may have to repeat the Bluemagic polish treatment for best results. Again, it won't remove pits and scratches but it makes the headlights clear again so you can see your headlights. The polish also leaves a silicone protective coating so it will last a while. You could use some good car wax over it if you want.