Put the winter tires on the Impala today.

Thread starter
I put the winter set (all 4) of Bridgestone Blizzaks on our 2001 Impala today. I have both the summer set of tires and the winter set on their own steel rims so I do not have to have tires unmounted and mounted and balanced with each change of season. I found out that the drivers front rim has a bunch of grease on the inside of the rim of the summer tire that came off. So the boot for the CV joint is bad. The CV joint is not making any noise, but it will not pass inspection that is due at the end of April with a bad CV boot. I guess I will drive it until then to get more miles out of it if it dose not start making any noise before April. The drivers rear tire had a drywall screw in it. At least it is near the center of the tread so it is repairable. The head of the screw is sticking out and half worn off from contact with the road. So it must have been in there for a while, but the tire was not loosing any air. The summer tires including this one still have plenty of tread so I will go with a plug to fix it, and see if it holds pressure while in winter storage. I stopped at the Alternator and Starter shop that put the new Interstate battery in the car three weeks ago under warranty, after the last new one failed after only 12 days of use, and had them do a load test on the new battery. He loaded it down to draw 350 Amps and it tested good. I thought that getting the Blizzaks on the Impala would be all I had to do to get it ready for winter, but now I'll have to pay attention to weather that CV joint starts making any noise.
Last edited: Dec 11, 2019
V

Is it just leaking out of the end of the boot or is it torn? Could try the trick of putting a zip tie or hose clamp on it to prevent further loss of grease to help it make to April.
Last edited: Dec 11, 2019
P

Are you sure you want to drive it through winter with a broken CV boot? Why not fix it now, before any damage is done? Seems like the cheaper route to me.
J

Thread starter
I stopped by my mechanics shop today and showed him the tire with the rim with all the grease on the inward side of the rim, and asked him about just replacing the boot. He said the boot repairs do not hold up. He said it is best to just replace the CV joint. I mentioned it is not making any noise and and as long as it is not making noise I might as well get some miles out of it before it has to be replaced for inspection. Volk06, I will get him to put it up on his rack to see if a zip-tie or hose clamp at an end of the boot can help.
J

i did a boot replacement and it didnt last for me either, drive it till it goes or as close to it
Last edited: Dec 11, 2019
D

I remember the early days when the front wheel drive stuff started coming in. The darn OE boots didn't last as long as they should have. The 'quick boots' came in and worked ok, but you had to be very clean and careful to get them glued well. The OE boots are much better these days, but maybe you could still source the quick boots.
S

Boot repairs hold up fine if the CV joint metal is not worn out. If you wait too long, water and road grit will get into the CV joint, but that can take a long time. I just rebooted 2 outer boots on our 96 Trooper which had been ripped for maybe a year. While there was some grit in the area near the tear, the joint was still fine. But it is cheaper for you to have a mechanic replace the whole axle then pay them to do a boot. It's a lot cheaper for me to do my own boot replacement vs buy an axle, so that is why I do it.
K

Really a good day. You got your snows on. You discovered the screw and avoided being surprised by a flat. You saw you have a leaking boot and can take appropriate action. For an '01 vehicle, it might just pay to do the entire CV axle swap as suggested. I spotted a torn boot and injected grease into it for 1.5 years. It never made a sound. When the time came I replaced the effected axle, both ball joints and lower control arms. I had poly bushings installed on a jump set of arms I found at a junkyard. Years later I sold the vehicle easily.
C

I love those Impala's after my short 6 month career as a part time night shift taxi driver. Very comfortable, decent handling car and the 3800 is awesome and can apparently handle 60k mile oil changes.
W

Originally Posted by propuckstopper
Are you sure you want to drive it through winter with a broken CV boot? Why not fix it now, before any damage is done? Seems like the cheaper route to me.
Yep , replace the boot .
D

The main thing a car does for you is to test your patience.
U

Split CV boot kits that you have to glue together don't hold up, since that joint will always be a weak point.

Originally Posted by propuckstopper
Are you sure you want to drive it through winter with a broken CV boot? Why not fix it now, before any damage is done? Seems like the cheaper route to me.
Yep 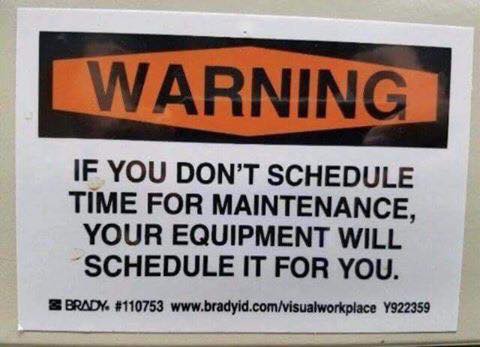 You are so lucky!! Because GM still sells all-NEW non-reman axles for your Impala

You MUST use OE NEW whenever possible because Cardone "rebuilds" are trash and are done poorly and half-hearted and most of the time just slap a new boot on, and worse, their new boot is neoprene which is inferior to the OE thremoplastic

Rock Auto has them at a good price

Lots of signs to tell when a CV joint is going bad before there is any damage. Leaking grease happens and isn't an immediate cause for repair, if the grease the only symptom. When you start to hear noise when you turn is the main symptom to listen for knowing when it's time to replace. Don't blame him for waiting to get through winter.
You must log in or register to reply here.
Share:
Facebook Twitter Reddit Pinterest Tumblr WhatsApp Email Link
Top