Thread starter
Hi guys, I am making up a DIY injector cleaner using a small fuel pump, hosing etc where I'll have a trigger switch to turn the inject on/off and the pump will feed it the cleaning fluid. What is a good cleaning fluid to use for this purpose? Acetone? Methylated spirits? Diesel fuel?

Acetone should work well, but beware that it eats rubber seals so be careful there. Diesel is also good but not as powerful as acetone...

No need for a fuel pump or anything like that IMO, you can just use a large syringe filled with whatever solvent you like (don't use acetone, something like Seafoam, carb cleaner, etc is fine). Trigger it with a 9V and a momentary switch. I used to have a nice setup wired but I let a friend use it. Here is a pic of the last time I cleaned an injector, just used a drill battery since it was the closest thing laying around. 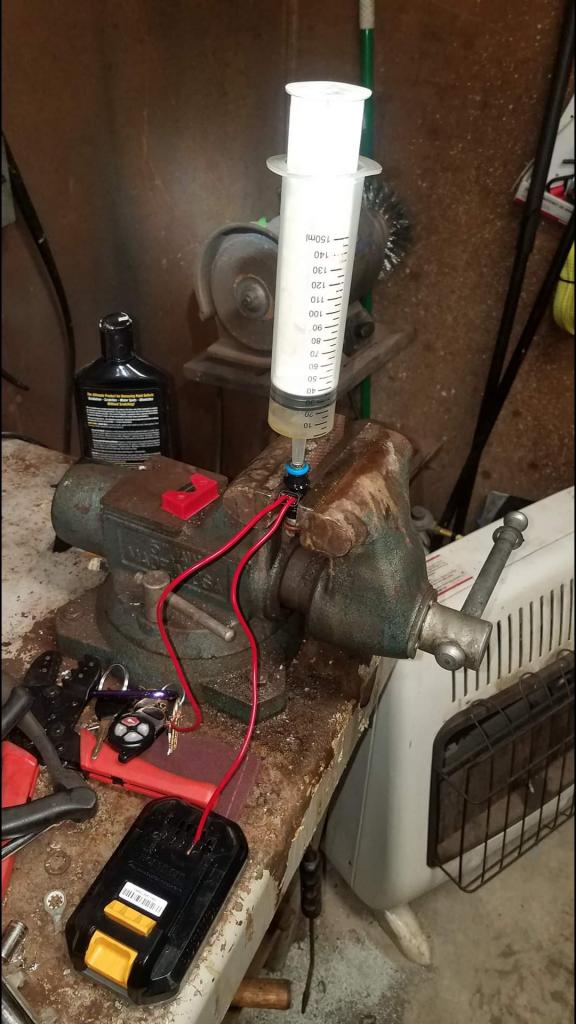 Berryman B-12 Chemtool will dissolve all residue and should not harm the injector.

Originally Posted by buck91
Is fuel injector clogging a real thing with todays top tier pump gas?
If the fuel system design is poor (along with some corrosion) the quality of the fuel may not be enough to prevent fuel injector clogging.. This is the #7 fuel injector from my 2005 Silverado 1500 (5.3L). Long story short, the root cause of my P0171 code (bank 1 lean) about 6 months ago. The fuel system has no user replaceable filter, and it is also a returnless system so the fuel 'dead heads' at the back of the rails. You are viewing the top of the injector (feed side from the rail, where the fuel goes into the injector). It was COMPLETELY clogged/full of debris. I was able to clean/reinstall it and it has been fine since with no codes etc. 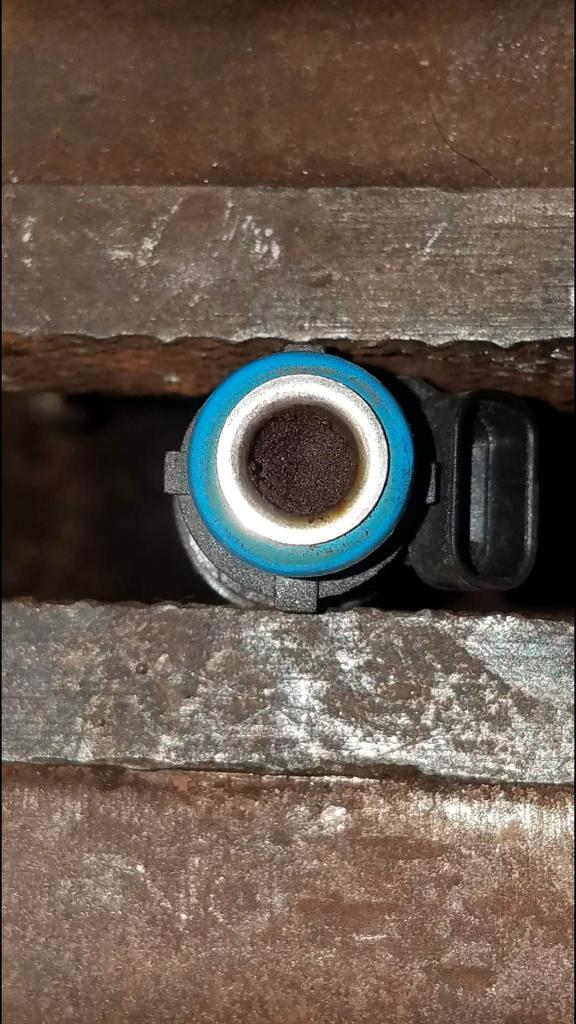 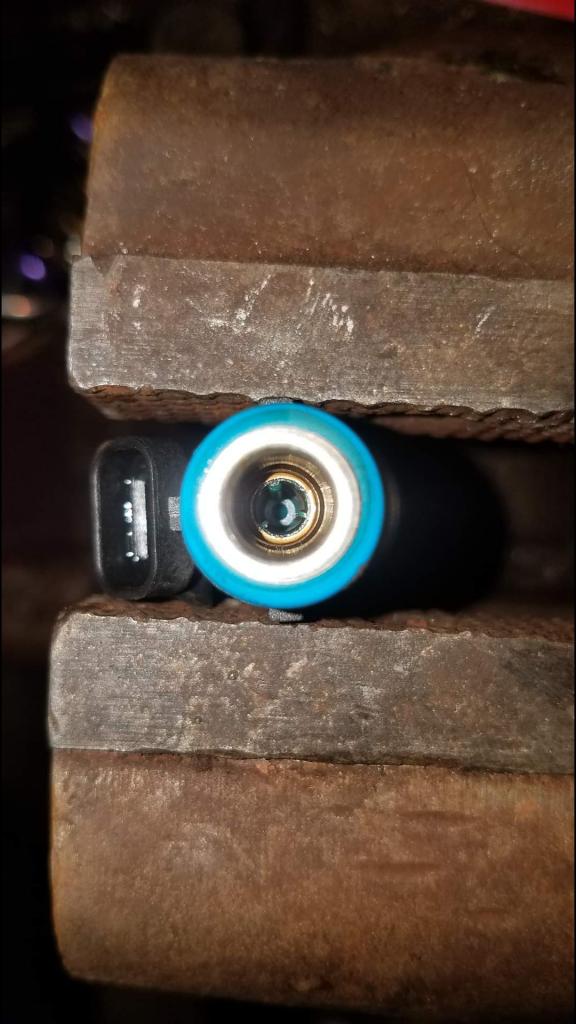 One of the problems you have is the filter (it is easily replaceable if that is the one in the last picture), many times they are no good usually brittle from age. Other problems are you don't know the flow rate, current draw, failure at low milliseconds under pressure (aka MS RPM test) among other things. Sure you can get it working again but how good it is or how it flows compared to the others is a guess Turbo engine and direct injectors especially are nothing to be half arsed, a bad one can smoke a piston or flood the oil quickly.

Originally Posted by buck91
Is fuel injector clogging a real thing with todays top tier pump gas?
In many instances yes. If it wasn't Trav wouldn't have a business.

I once poked around to see what solvent the fuel injector cleaning places use. I remember one used some witch's brew that was chiefly Xylene with maybe smaller amounts of alcohol and acetone. I personally reverse flush the injectors in an ultrasonic alcohol bath.

To turboTravis. I don't think I've seen an injector issue on a car/truck in 20 years working in the industry, but your injector? My lord! Wow that's bad. Now having said..."I haven't seen an insect problem". I owned a 2018 Silverado for two years, and it began developing a random misfire while going up hills on the highway under load. Felt like a shudder. I guess GM is having problems with their direct injectors. On back order. Never did discover what my problem was...could have been torque converter, could have been an injector (plugs and coils were fine). Traded it in with 52,000 miles on it. Figured...ok, this thing is going to either need a tranny or all new injectors...and it'll happen right out of warranty. Then the looters are going to collapse anyway.

CarbonSteel said:
Berryman B-12 Chemtool will dissolve all residue and should not harm the injector.
Click to expand...