Thread starter
This filter is from my 2018 Duramax. This is the original spin-on filter with a total of 8,000 miles. There is a small amount of metal flakes in the filter and only enough clutch friction material to discolor the media. I see no reason to change this filter more often than 25,000 miles. The magnet that mounts between the filter and trans body had a small amount of dark material stuck to it - probably a couple grams. My understanding is that most transmission spin-on filters by the OEM are still rock catchers. Better rock catchers than the pan filters, but still around 60-80 microns. That's why I replaced mine with an XG7317.

When I had a 2009 Chevy Duramax with the Allison 1000 transmission I would change the trans. filer every oil change about 10,000 miles cheap insurance.

Originally Posted by wwillson
I see no reason to change this filter more often than 25,000 50,000-75,000 miles. The magnet that mounts between the filter and trans body had a small amount of dark material stuck to it - probably a couple milligrams grams
There, I fixed all of that for you.

I changed the spin-on trans filter on my Dads 2016 LML at 31k with 2073 hours. The magnet had some fuzz on it, but nothing excessive. I haven't cut the filter open yet, but if I do I'll post pics. I checked on Allison's site and this is what the fluid and filter calculator gave me: Originally Posted by wwillson
This filter is from my 2018 Duramax. This is the original spin-on filter with a total of 8,000 miles. There is a small amount of metal flakes in the filter and only enough clutch friction material to discolor the media. I see no reason to change this filter more often than 25,000 miles. The magnet that mounts between the filter and trans body had a small amount of dark material stuck to it - probably a couple grams.
How many hours on your L5P?

Originally Posted by DoubleWasp
My understanding is that most transmission spin-on filters by the OEM are still rock catchers. Better rock catchers than the pan filters, but still around 60-80 microns. That's why I replaced mine with an XG7317.
And yet what is percentage of failed transmissions? Not very high. 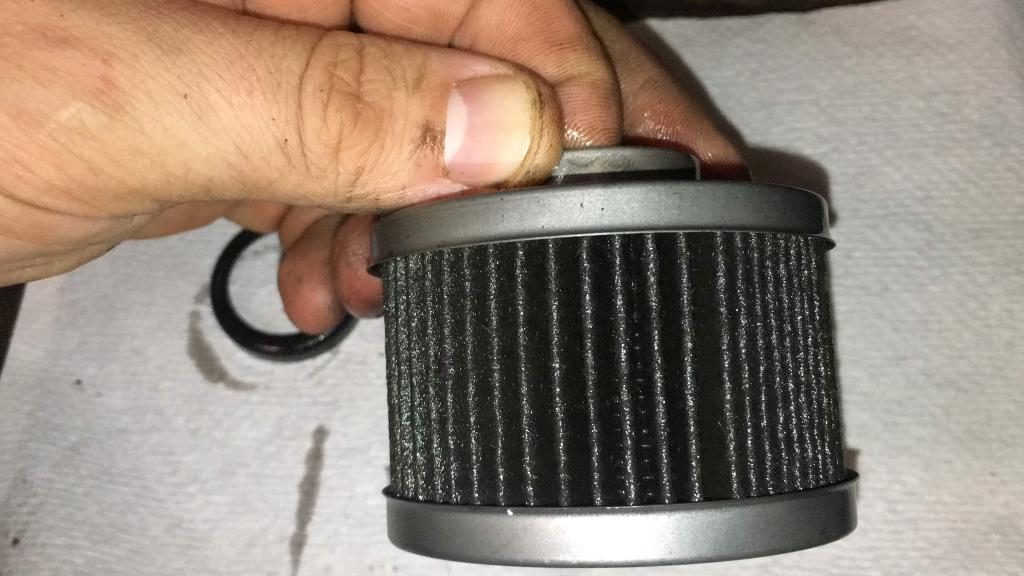 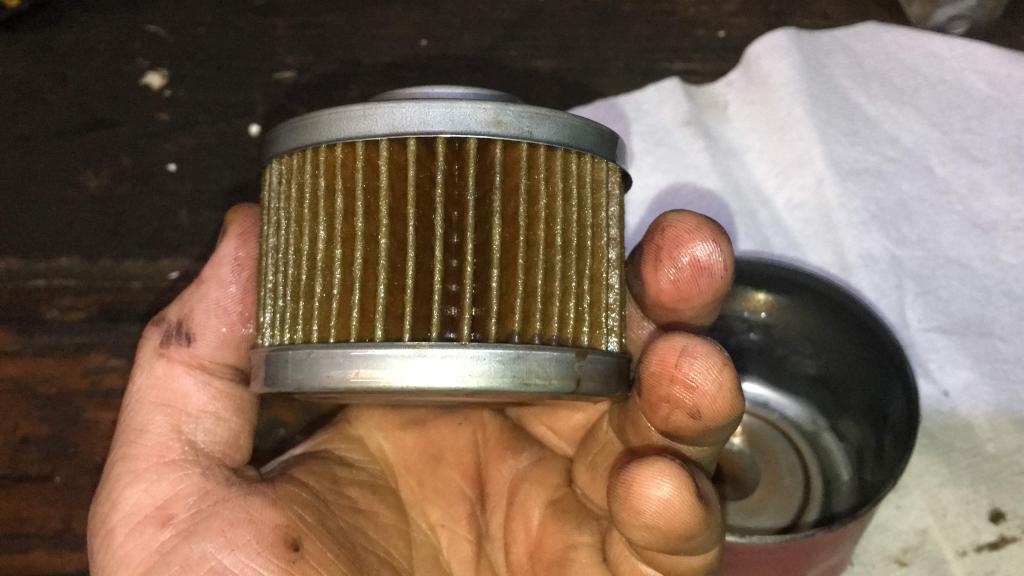 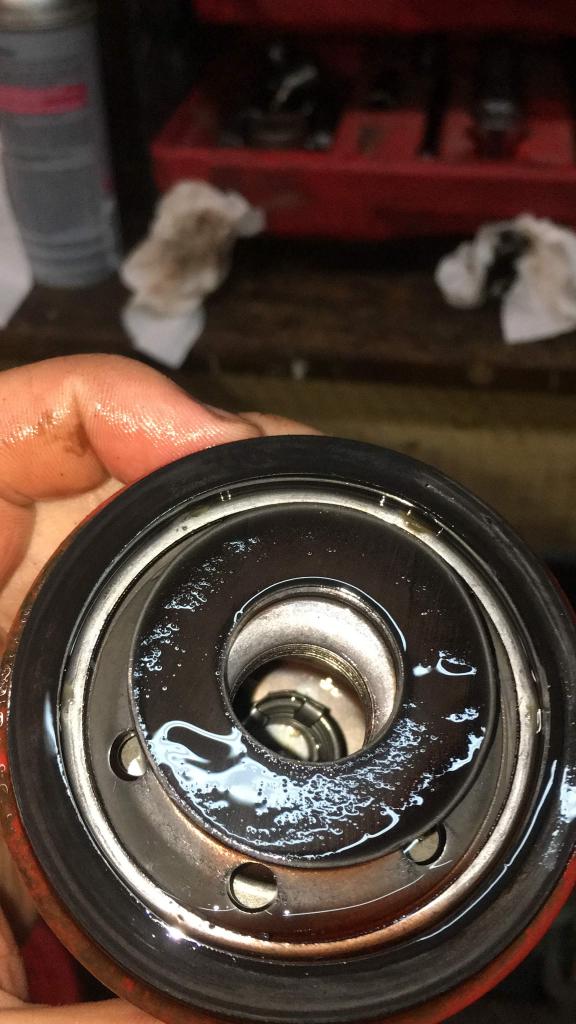 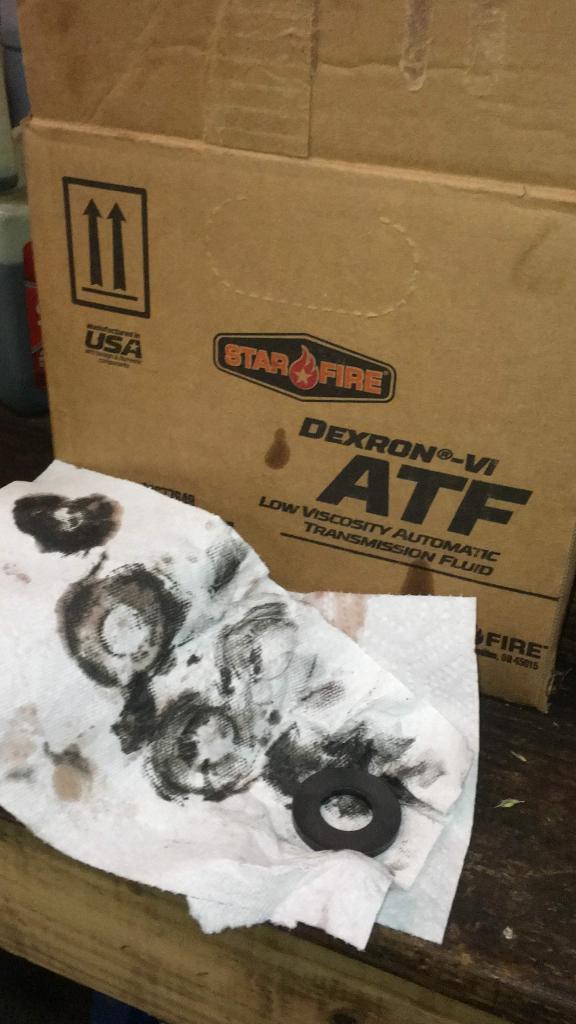 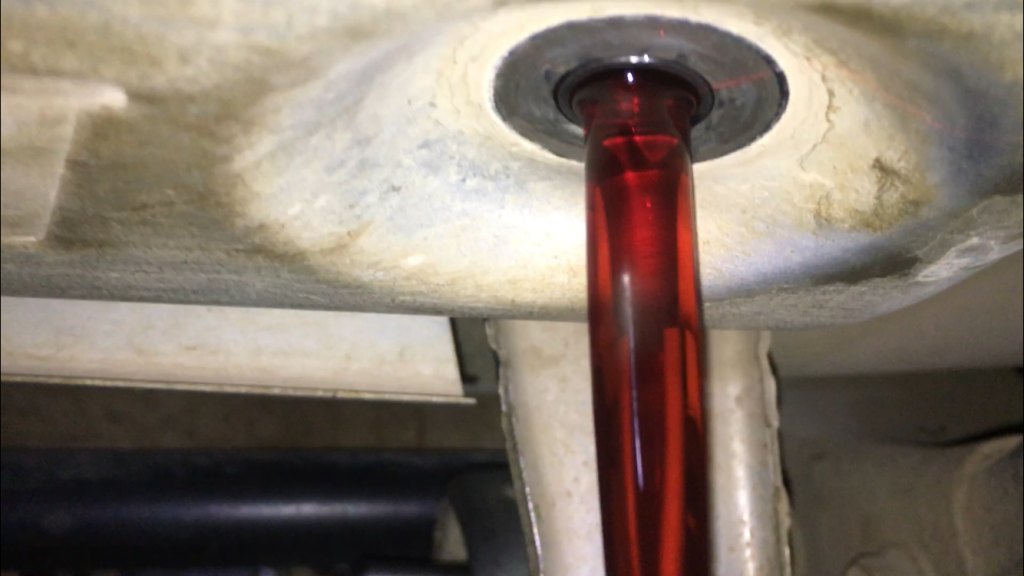 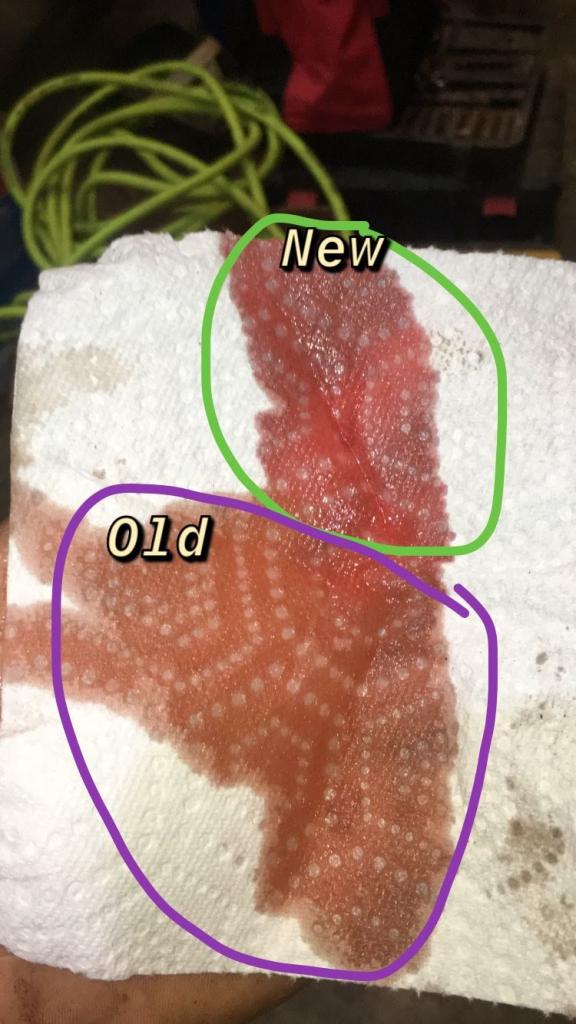 The Alli 1000 is a good trans (made by GM for the light-duty truck applications). I've seen over 200 UOAs on these units. Fluid type really does not matter much as long as it's a fluid destined for the application. (TES 295 is a full bore PAO syn; TES 389 is the equivalent to the old Dex/Merc fluid. Dex VI also works fine). In short, these transmission are about as finicky as the Dmax engine they sit behind; that is to say, you care far more then the unit does about what oil goes in there. As for the filters, same goes. Most of these are decent quality from the filter makers. The spin-on filters the oil going to the valve-body in this application. The internal main filter is only required to be changed upon tear-down of the tranny, despite the insistence of the anal-retentive crowd. Further, pretty much no one qualifies for "severe service" by the Allison definition, but that does not stop folks from over-maintaining their stuff. Don't waste your money; every 50k miles for the oil/filter is more than often enough. I do like to perform a drain/fill and filter replacement after break-in; get out the heavy residuals present from machining and break in. But once that's done, every 50k miles is MORE than often enough. Thread starter
BlakeB, Your filter has more friction material in it than mine. I would say looking at your filter that 16,000 miles is a good time to change it before the media becomes clogged. Any idea what it pulled the first 10,000 miles and what do you pull with it now?

Originally Posted by wwillson
BlakeB, Your filter has more friction material in it than mine. I would say looking at your filter that 16,000 miles is a good time to change it before the media becomes clogged. Any idea what it pulled the first 10,000 miles and what do you pull with it now?
An older gentleman owned it before me, it had a couple Florida addresses in the GPS when I got it (I live in KY) so I suspect that he put several highway miles on it before I bought it. I looked him up on FB after I bought it, it looks like he has some horses so I suspect that it may have hauled a horse trailer around some during the year that he had it. I tow a 20 ft gooseneck cattle trailer or our 25 ft gooseneck flatbed trailer loaded with hay. The 25 ft trailer weighs 7k empty and about 23-24k loaded. I tow some other things, but those are the main two. I also changed the transfer case fluid around the same time as I changed the transmission filter and it definitely needed it. The drain plug magnet was loaded at ~16k miles. I aim to change it again in 10-15k and see what it looks like. It only costs about $7 to change it, it's not gonna break the bank to change it often. I believe the severe service interval is 22,500 miles or 45,000 regular service. I'm planning to change the front and rear differentials soon. I'm thinking I'll go with Delvac 75w90 as it doesn't contain any FM. As far as I can tell, the G80 doesn't call for any LS additive. The Delvac 75w90 can be acquired pretty reasonable from Summit Racing. I can have it at my door for ~$33/gallon if I buy the 4 gallon of pack from them. There are two filters in the Alli 1000 series; an internal main suction filter, and the little external spin-on filter. The former is just your routine run-of-the-mill typical rock catcher; it's there to reduce carnage in case of a major event. The later is a unit of moderate efficiency, and it's sole job is the protect the valve body circuits. It filters only 100% of the lube that goes to the valve body. Because it filters 100% flow, it has to flow a reasonable amount, and so it is not a "bypass" filter with really high efficiency, but a typical spin-on that does a good job, but not a great job. For example, the Wix version is beta rated at 2/20=15/25. I doubt that the Allison is much better. However, it's a nice design, and easy to service, and I'd far rather have it in use than not. I'll also say this ... Pretty much none of use use our Alli 1000 in our Dmax trucks in a manner than Allison considers "severe" service. I realize that we pull RVs and tractors and Bobcats and the like, and we all want to "think" we're so hardened that we're just really "severe" in our use, but the reality is that we're not. Not by a long shot. The type use we generally put our trucks through, even using them as trucks and not commuters, is "normal" to what Allison defines. To Allison, when they say "severe", they mean what they say: "Severe Duty Cycle is when the transmission is equipped with transmission retarder or, used in on/off highway vocation, refuse vocation, transit vocation, or intercity coach that stops more than once per mile." What they mean by severe is when the torque converter is constantly being flashed with heavy torque loads from a stand-still to moving only into 1st or perhaps 2nd gear. Think of an inner city trash truck moving down the block, or a city bus in stop/go traffic, or a heavy footed (low dollar paid) employee who romps the gas pedal in his delivery service down each block. These conditions illicit not only high torque flash to the clutch packs, but also very little air movement due to very low vehicle speeds, and so the cooling loops are challenged as well. But ... That is pretty much none of us, despite what you all think. When we pull our RVs or construction equipment, we do not have these "severe" conditions present. Allison (and GM at the time) had our use in mind, and therefore our "normal" use of hauling stuff is 100% expected and designed into the Alli 1000 tranny. For example, Wayne (the OP here) uses his Dmax/Alli to haul his lovely RV at 65mph on the interstate, and through the various places like the Rockies. I bet his tranny temp never gets over 225F, if even that. I'm sure his TC locks up past 1st gear, and stays locked 99% of the time, and RARELY is under full torque load (probably 50% loaded at best). I am confident he never flogs the trans in first gear, jerking the RV from a standstill to 15 mph with the TC unlocked, every 45 seconds while sitting in 100F heat, for 10 hours a day. And because I live near Indy, and work near the Allison plants, and have actually spoken with friends who work there, as well as emailed with a retired Allison engineer who specifically developed the TES-295 fluid specs, I am confident in my assertion that we're not "severe" in our use of our Dmax trucks. And so, if you answer the series of questions correctly, (normal service factor, typical miles, etc) you end up with the spin-on pretty much always at 50k miles FCI. If you answer "severe" in their fluid calculator format, you are inducing a condition that is untrue, and it will tell you to OFCI more often than truly necessary. If you want to change this filter once, early on like Wayne did, as a precaution, there's nothing wrong with that. But changing the spin-on filter and the fluid more than every 50k miles is a waste of time and money. And there is zero cause to ever change the internal filter; only upon tear down per Allison.
Last edited: Nov 14, 2019

Thread starter
You describe my driving correctly, except I would add that I drive like an old man. My used vehicles are the ones I'd like to buy if I were looking for a used vehicle. The highest trans temp I've seen is 192Â°F on a 105Â°F day pulling up a long grade in Colorado. The normal transmission temp is about 170Â°F. There are times when we are cruising down the interstate that I'll bet there isn't a transmission shift for 150 miles. This is not severe duty!
You must log in or register to reply here.
Share:
Facebook Twitter Reddit Pinterest Tumblr WhatsApp Email Link
Top