interested in 2005 Crossfire convertible with 31K, manual shift.. From limited reading, it is basically a MB CLK, 3.2L V6 F SOHC 18V. One odd feature is diff size tires on front and back, and tires are pricey. It would be just for occasional pleasure use, not a daily driver. Any particular downsides to this car?
B

I had a Crossfire convertible. It was a great car. Be sure to check the window in the convertible top - the adhesive is a know issue, particularly in hot weather. You can find loads of information on an excellent forum dedicated to the crossfire: https://www.crossfireforum.org/forum/
V

Our CLK was prone to chew through tires. Although not always the case for the last 20 yrs or so staggered tires are common for RWD "sports" cars.
W

The car was manufactured in Germany by Karmann and built on a Mercedes chassis. Some parts are going to be increasingly difficult to source going forward. As such, you can expect that it will be a fairly costly car to keep on the road.
J

The Crossfire is like a Mercedes but ugly and worse to drive.
N

Too expensive to maintain. Get a used Miata instead.
S

I drove a manual Crossfire convertible for a year when I worked at Chrysler. It was a great car. Here's one big PRO: Most beautiful car Chrysler ever made. I love the rear profile on it.

Bored with the Slingshot? ? If it was well maintained and is reasonable to buy and you're spending fun money why not?
T

Originally Posted by AZjeff
Bored with the Slingshot? ? If it was well maintained and is reasonable to buy and you're spending fun money why not?
Still enjoy the Slingshot, but saw a Crossfire while at breakfast the other day and became fascinated with it. Appeared bigger than Miata, which I have driven and don't like small size of, and thought it worth looking into. Trouble is, the Sling has the second spot in my garage, and neither can/should be left outside. Also fascinated with Pontiac Solstice.............

Good looking car IMO but according to carcomplaints.com the '05 model year has garnered the most complaints over the years. I'd check out what TSB's that model year has and any Crossfire specific forums before purchasing one.
D

I remember having high expectations for that car when it came out, but it got a lot of bad reviews...from power to handling, to transmission. And it wasn't just one or two, because I usually take them with a grain of salt. But it was like this one was universally panned. But if you drive it and like it by all means purchase it. A vehicle is all about your preference.
G

One of the better built Daimler Chrysler products of that era, really more Mercedes then Chrysler but nice cars. IF you can find one that hasn't been beat on and was maintained for a reasonable price go for it, especially as a fun car you aren't putting miles on. Might be worth getting a pre purchase inspection by a Mercedes dealer, moneys money to most of them and they will know that car much better then a FCA dealer will.

I had a friend with this car and he owned it for a couple years. When it came time to sell, it was reaaaallly hard to sell and it sat for a long time in his parking space and he didn't get much interest in it. And the price he was asking was very reasonable. That tells me it's not a desirable car, and thus probably not very good.
C

When i worked at the Chrysler dealer ,we couldnt give them away.We had one for almost 2 years b4 they basically gave it away.
C

Originally Posted by CT Rob
When i worked at the Chrysler dealer ,we couldnt give them away.We had one for almost 2 years b4 they basically gave it away.
I knew what you meant!

I looked at a couple of them. The interiors don't seem to hold up well. Some Mercedes shops won't touch them.
W

Friend's parents have one. They enjoy it and there haven't been any major issues that I recall. They are a relatively low production vehicles and some parts may become more difficult to get, but otherwise cant think of any reason not to if you really want one. You certainly wont see another one every day. Even the worst convertible (and this surely is not) gets you in the sun on a good day, add in a manual transmission and its a recipe for fun.
B

My wife bought a 2008 Roadster (6 speed manual) brand new in Oct '08, and it wound up being the most mixed ownership experience we have ever had in a car. 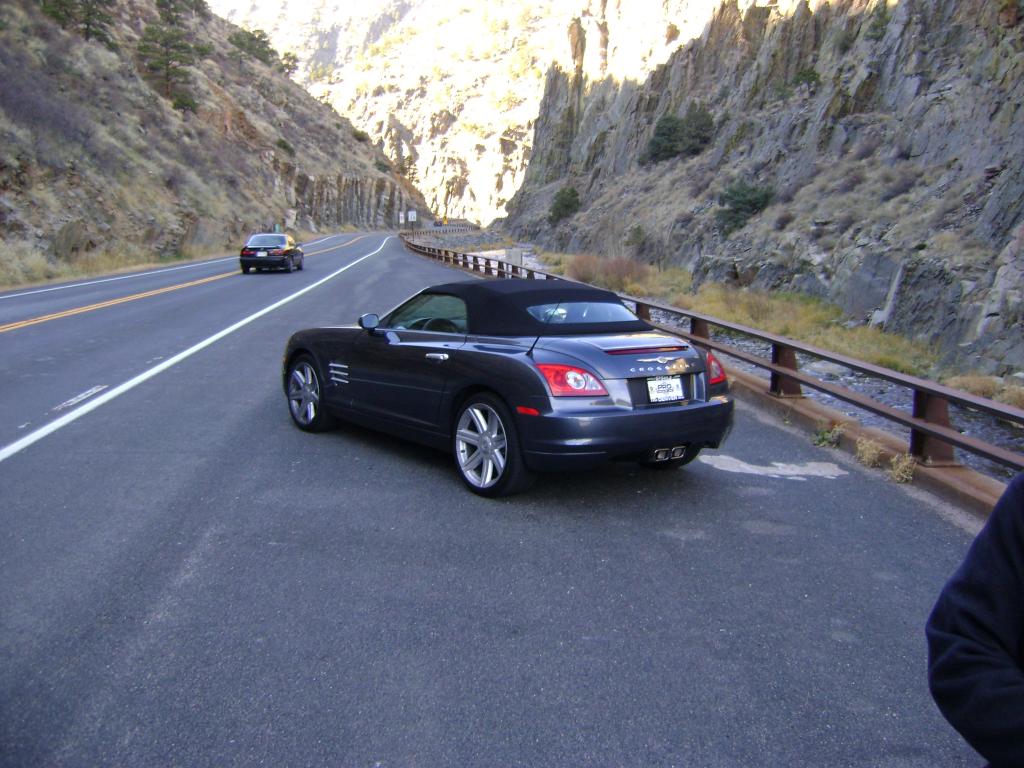 Driving it was fun, and when you replaced the Continental EcoSport tires with something that actually sticks to the road, the driving experience is enhanced greatly. What wasn't fun? Having it go back to the dealership over and over again due to warranty repairs. The car had well over $21k in warranty work done in the 3 years we owned it. There was an issue with the main grounding point for all of the main computers that wound up taking out the BCM several times, the Air Bag ECU once, The SKREEM unit once, the ECU once, and causing trip after trip to the dealership for repairs for several months straight until they tracked down the source of all the issues. Here's a picture of how well the car was put back together after one of these repair visits, when we got home, and had trouble getting the trunk open: 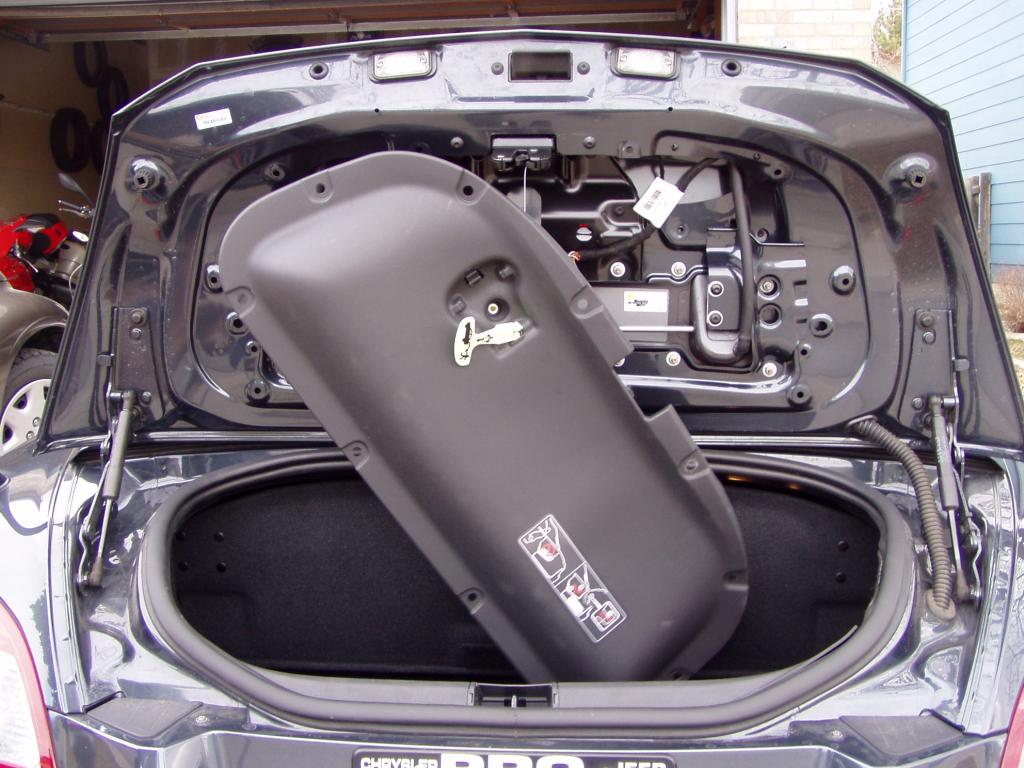 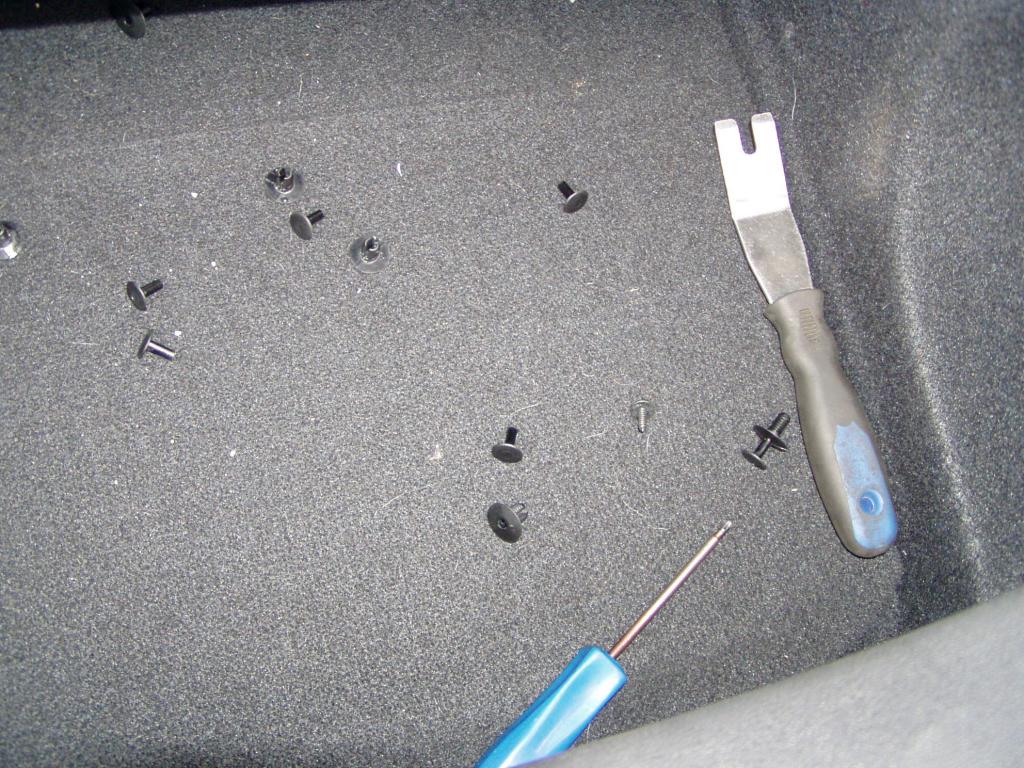 Yes, that's their tools for removing the body trim, along with all the parts just laying in the trunk, with the panel hanging by its emergency escape cord. Then later, there was a defect in the clutch where a spring in the pressure plate broke, and it took out the clutch and the flywheel at the 9k mile mark. So, we had to wait a week or so for the flywheel to arrive from Germany, which after the car was repaired, and was handed over to me, I learned that the car WOULD NOT rev over 3k rpms, where it would shut off 1 bank of cylinders on the drive home. That meant that the dealership didn't test drive the car after they repaired it. Turns out, the flywheel was dropped, and the tone ring damaged, somewhere between the factory in Germany, and install on the car. That, of course, meant several more weeks while we waited for yet another flywheel to be sourced in Germany and shipped to Colorado. Then at 11k miles, a common issue popped up with the engine starting to leak oil from a part on top of the valve covers that was not well sealed from the factory (not enough gasket sealer that dried out, and started weeping), so I decided to pop off both covers, and repair it myself, instead of taking it to the dealership and having them screw up the car one more time. The biggest problem was that at the same time that we owned the Crossfire, we also owned a 1998 Boxster, and that car, during the exact same time period, had less mechanical problems than the Crossfire, and it had ~80k miles when we bought it. The Boxster drove better, had better handling, better brakes, was more reliable as a used purchase, and was just more fun to drive either as a daily driver, up in the mountains, or out at HPR, a road course racetrack. The final straw with the car was when we had parked the car, and was closing the convertible top, when the front of the top slammed shut hard, without any warning, and nearly took off my daughter in laws fingers as she was reaching up to work the latch. We drove it to a Fiat dealer in Texas to trade it in for a Fiat 500 Sport just to get rid of it as thoroughly as possible. We never wanted to see it again, and driving it 800 miles away was worth it to us. 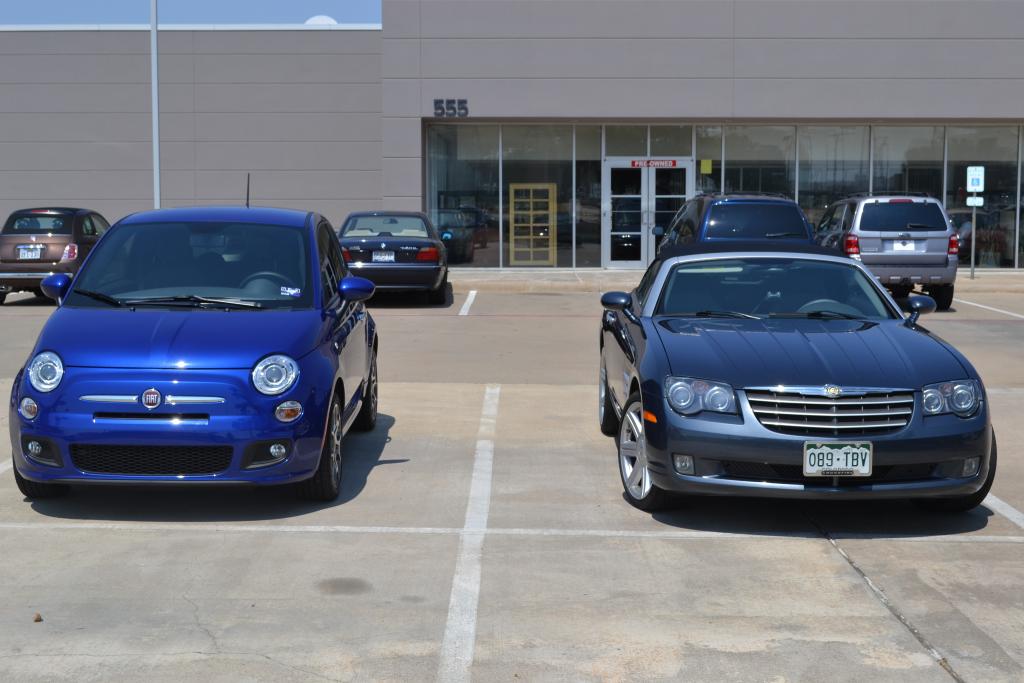 You literally could not pay us enough to ever own one again. I don't have much good to say about the Crossfire Forum, either. Way too many people who are overly fixated on the fact that its a Merc under the Chrysler badge, and think that owning a Chrysler badged Merc built product somehow makes them members of the Elite class. BC.
Last edited: Nov 28, 2019
You must log in or register to reply here.
Share:
Facebook Twitter Reddit Pinterest Tumblr WhatsApp Email Link
Top