Thread starter
Was planning to give the wife's â€˜19 Lincoln Nautilus it's first oil change today (5k miles). Let the car cool off all day, busy with all kinds of projects, so when I finally got to it, the engine had cooled completely off. So what? These things take forever to drain all the oil so I got started. Drain plug is plastic with a fin sticking out to help turn it. There's another kind of plug with a hole for a 3/8 extension, but mine has the fin. Grabbed the fin, twisted it counter clockwise and one of the locking tabs promptly broke off while removing the plug. Maybe the plug was too cold and the tabs got brittle, but none the less one of them broke off. Plug came out and I drained the oil (might as well), and put the wounded plug back in. Now it sits waiting on Monday to come so I can get a new plug at Ford and finish this oil change. Won't be driven till it has a new plug. Has this happened to anyone else? I realize that from now on a supply of these things is going to be the deal and I plan to have several here in stock at the house. YT shows plenty of oil changes where all that's done is twist the thing off, then back on - no tools to help it. Supposed to click in place. That's what I did. Many on YT comment they've used their plug many times. I don't even get to use mine once..... Please discuss... I feel terrible this happened, did I do something wrong?

Did you recover the tab? Sounds like it will be handy to keep a spare plug at the ready.

Thread starter
Oh yeah the tab broke off and was laying on the sheet metal pan I use for spills. Recovered all of it. Those tabs are super thin considering they lock the plug in place. Not the greatest design...
T

Pics of the offending plug would help, but in the meantime I'll offer my take on the situation as I understand it: 1) why get a new plug when the current still does its job (preventing inside oil from becoming outside oil). 2) what does YT stand for? I'm assuming some online forum website, but the actual name of it is not clear. 3) if you feel terrible about something as innocuous as this, you could be wound too tight. Relax a little, treat yourself, take a vacation...something, anything to step back and relax. This sounds like nothing, save the emotional energy for real problems.

Thread starter
YT stands for YouTube. I'm wary of an oil plug that's supposed to have two tabs locking it in place, and only having one. 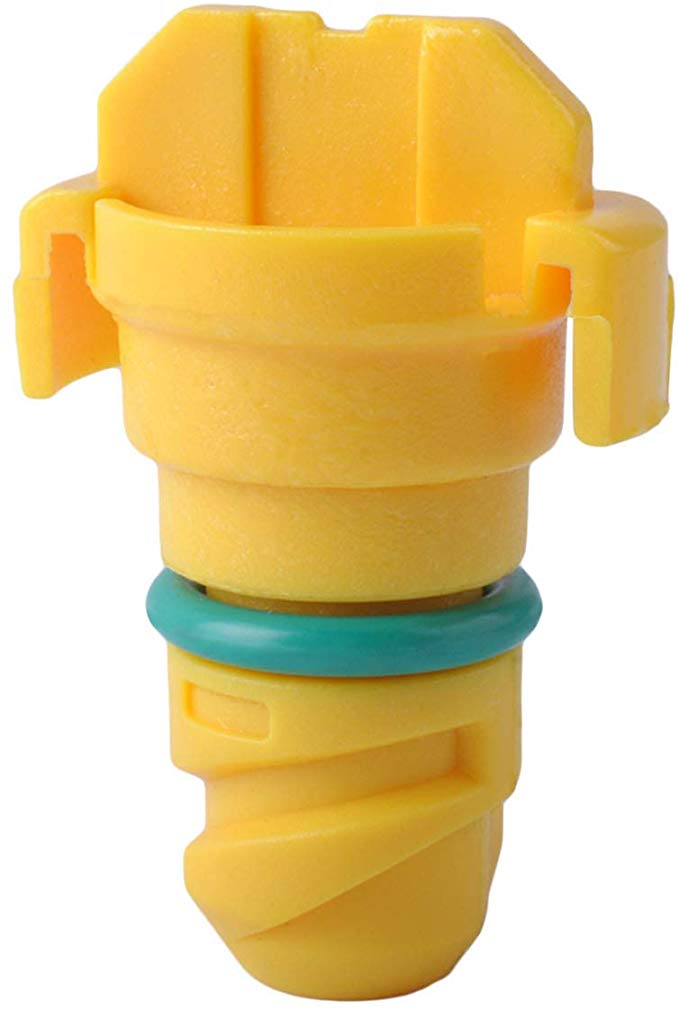 The tab in picture is what snapped off. And Nuke, you're right, I need to chill. Thanks, I needed that. Never had an oil change go bad like this.
A

Originally Posted by The_Nuke
3) if you feel terrible about something as innocuous as this, you could be wound too tight. Relax a little, treat yourself, take a vacation...something, anything to step back and relax. This sounds like nothing, save the emotional energy for real problems.
Really, something as easy to design as a oil drain plug breaks this easily, it would also make me concerned about the rest of the vehicle.

Originally Posted by double vanos
The tab in picture is what snapped off. And Nuke, you're right, I need to chill. Thanks, I needed that. Never had an oil change go bad like this.
Wow that is flimsy looking! I'd be concerned about this being secure with just one tab functioning as well, my guess is that when the change is done you are supposed to simply put a new plug on it...seems ridiculous though. That plug looks disposable. Seriously.
Last edited: Dec 21, 2019
T

After seeing the pic, I'm inclined to agree that it may be a one and done deal - meant to be replaced with each oil change. I mean, I can't imagine that design being expected to go 100K miles or more.
B

Cool, plastic threads! That's a Ford better idea for sure! Probably supposed to be changed at every oil change, probably costs $25 or more (at the dealer, too new for aftermarket).

Thread starter
I agree. Going to buy 2 Monday From Ford dealer, then see if I can find a place to buy a bag of ten or so...maybe eBay.

Originally Posted by bullwinkle
Cool, plastic threads! That's a Ford better idea for sure! Probably supposed to be changed at every oil change, probably costs $25 or more (at the dealer, too new for aftermarket).
The oil pan is plastic as well. That's why the plug is plastic. I would definitely use a new plug. Otherwise you would have one eye on the road and the other on your instrument panel.
K

First report have ever heard about one breaking and I have been reading Ford forums a long time. My first plastic plug was on a '11 6.7. My current '17 3.5 also has a plastic plug. 80k with no issues.
T

I have used mine on the F-150 a few times. Mine originally had the 3/8 drive socket head but was replaced when the pan was replaced because of the typical pan leak. I now have the fin type I think it is the newer design. It doesn't take much force to turn it. I don't understand why the tabs would break off when loosening it. I can see how it could break when tightening it. Again it doesn't take much force to lock it into place. I know it feels like it needs more force but that is the way it is designed.
Last edited: Dec 21, 2019
A

I also have the plastic wingnut plug. I use a small pair of Channellocks to turn it out. My thinking is that having a little better leverage lets me apply pressure slowly and evenly to both of the retainer lugs. So far, three oil changes without a problem.
L

VW has used a plastic drain plug on their plastic pan for a while. It's a great design that prevents some idiot from over tightening it. It is a one time use design, although I used mine twice several times.
M

So your Lincoln is sitting in your garage with no oil in it? Does anybody else drive it? If so you might want to disconnect the battery so nobody starts that thing with no oil.

We keep the plug in stock. Don't sell as many as we used to when they first came out.

Thread starter
Thanks guys. I'm thinking the coolness might have been a factor. The car had totally cooled off - it was a 50 degree day tops. Had the car up on jacks and got derailed with one of the wife's projects. When I got back to the task at hand even the pan was cold. Brittleness may have gotten the best of the tabs. They're pretty stiff for something so thin plus this was the first oil change since new if that means anything. From here on I'll make sure everything is still nice and warm and maybe that'll help ease things.
T

$5.99 on Amazon and even cheaper at the dealership, I've heard. drain plug